Meanwhile… we’ve actually been playing games. Each week we recap our recent gaming experiences and tell you what we’re looking forward to, so you can use your time more wisely than we have. Coop surprises all of us with adding a bit of depth to his shooting routine, Ethan gets lost in space, and Cole finally listens to the wisdom of the dark side. 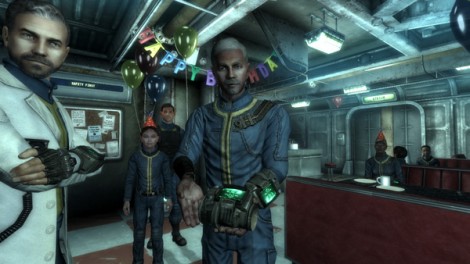 What are you doing here, Coop?

This has been a weird month for me. I’ve pretty much spent the majority of it out of my FPS element. I picked up the Humble Indie Bundle so I briefly tried each of those games. There is definitely some great stuff in there. I’ve also been working on the indie title Veks and Silence on Xbox Live Indie Games. I’m digging that one too. It kind of reminds me of somethhing that I would”ve wasted tons of coins on in the arcade when I was younger. Keep your eyes pealed for a full review on that one.

I also decided to climb the fence at the edge of my comfort zone and hop on a rocketship to obscurity by popping in Fallout 3. Yeah I know, the guy who bashes RPGs, but for some reason I’ve wanted to try this one ever since it came out. Short story is I’m 20 hours in and love it. Long story is coming soon to a horrible website near you. 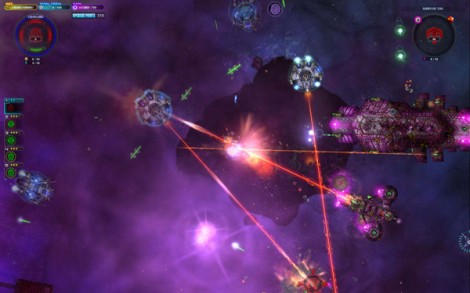 I jumped back into Borderlands this past weekend and am curious why I stopped playing that game in the first place. So much fun, though the flood of guns is a bit intimidating at times. The collection OCD has not followed me from Fallout: New Vegas (thank the lord) or else I’d still be in the beginning levels.

In addition to that, I’ve been plugging away at Space Pirates and Zombies and love the slow and steady power progression I’ve been making in that game. It’s fun to traverse the stars and even better to see my hard work pay off in terms of fleet size and strength. Read my reflex review, then go and buy the game or else I’ll bite your face. 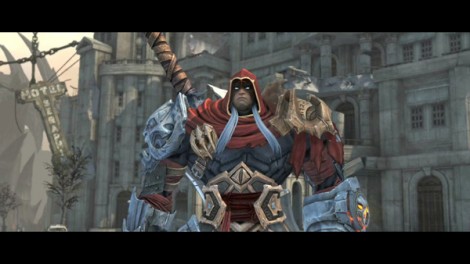 War is a bad ass.

I added to my ever growing backlog last week and picked up Portal 2 and Darksiders. I don’t know what really prompted me to finally buy Darksiders but I think it has to do with Justin L’s and Ethan’s professed love for the game. Describing something as an adult version of Zelda really piqued my interest and so far is hasn’t disappointed. I’m not too far into the game as I’ve just got the wings and if it wasn’t for a 24 hour power outage I would have played it a lot more.

Same goes for Portal 2. I haven’t got a chance to really get into because of the power outage and my desire to play Darksiders overruled my desire for Portal 2. I plan on getting a lot more time with both the next couple of days but we will see. Hopefully other plans don’t get in the way of some long gaming sessions I have planned. 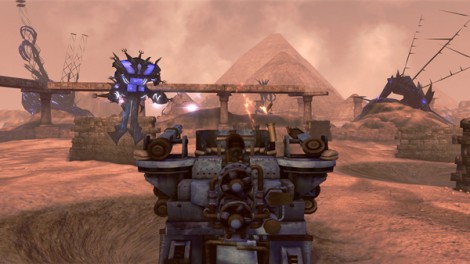 GiffTor is at home and at peace.

Over the last week, the DVD drive in my 360 must think I don’t love it anymore since everything I’ve been playing has been from XBLA. I got into Trenched a little bit in single player, but after a few hours, I can already tell that Ethan’s right: it’s designed as a multiplayer game. However, unlike most multiplayer games, I think this is one I could really get into. Probably because it has MECHS! On top of Trenched, I’ve been playing some more Outland, the pace of which is speeding up the further I get into it. I can’t tell you how nice it is to get to play a game with bosses (the load screen even says, “Boss:”). Finally… I picked up Fruit Ninja Kinect and am loving it. I’m also sore from it, but… it’s way more fun than I was expecting and the Kinect control is better than the Kinect control written by Microsoft for using the Kinect in the menus. 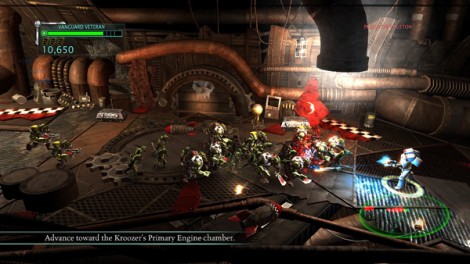 Sure, I'll shoot some Orks.

I’ll admit I’m still getting settled and adjusting to new routines since the move. It’s been tough to find time to game when there’s plenty to do around the house before I head out to PAX next weekend. However, I did rig up a new comfortable gaming area in my office that allowed me to see through my New Game+ of Bastion. You know a game is special when you like it even more after the 2nd playthrough. Although, I can say that I am done with the game for a while outside of showing it to others. It’s been the highlight of my summer though. Can’t recommend it high enough.

I also played through another level or so of Warhammer 40k: Kill Team. Great mindless fun that was the perfect compliment to the deep Bastion experience. Plus, it is doing its job of keeping me interested in Space Marine which comes out fairly soon. Looking forward, my goal is to finish Insanely Twisted Shadow Planet before the trip, but I’m going to start over and try and play it through in one sitting as I’ve heard it is short. I’ve been down this path before and usually don’t end up finishing those games. I’m hoping Meanwhile… will keep me more accountable.