Being a social worker, I’m beginning to get a bit nervous about the proposed cuts being lobbied for in the budget reform bill. While helping those less fortunate is an occupation respected by most, that admiration goes out the window once it comes down to cost. The fact of the matter is, I may need to seek employment in the future, employment that will allow me to continue working with people and making societal changes. I’ve decided that being a ninja is the best transition for me, thank god Ninja Gaiden II was around to give me the tips I need for a successful entry into that field. 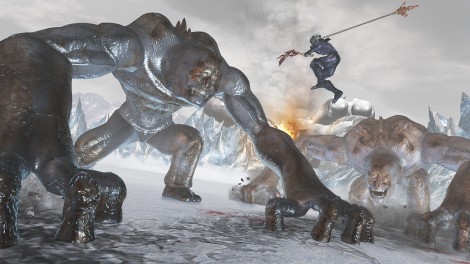 Giants always forget about the possibility of ninja attacks

The Lessons of Ninja Gaiden II

Ninjas wear black for a reason

I learned something today. When people have given me advice about job hunting in the past, they’ve told me that I need something that helps me stand out from the others vying for the same position. I wasn’t entirely sure how to accomplish that with rival ninjas until I noticed they all dressed exactly the same. What better way to grab someone’s eye than a creative take on the run of the mill uniform? I decided to add some flare to the conventional attire by opting for a white ninja suite as opposed to the black. Not thinking much of it, I ventured out on my first day of ninja-hood only to be stopped by a pack of angry criminals a mere five minutes into my patrol. I quickly decapitated the bad guys, but once all was said and done I found that my ninja tunic was covered in blood stains. Standing out from the crowd is one thing, but bloody ninjas give off the wrong impression making guest appearances at birthday parties a bit uncomfortable. Thanks, Ninja Gaiden II. 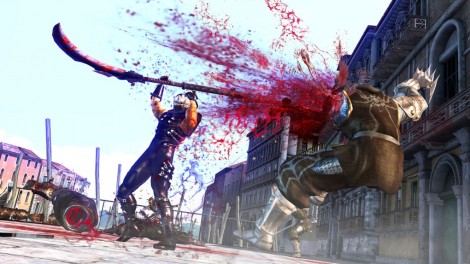 Having an eclectic taste in weapons is absolutely necessary

I learned something today. Being that my first foray into being a ninja ended with embarrassment, I decided to stick with the conventional tools of the trade and acquired a katana blade and throwing stars to be used as my sole offensive extensions. Fighting monsters and gang members went well, but I noticed that the civilians watching me appeared to be getting a bit bored. I tried chopping limbs off faster and even sliced a guy’s face off and wore it as a mask, but the crowd just wasn’t into it. From behind me I heard loud cheers and excitement emitting from a group that had assembled near an old haunted house and came upon a veteran ninja finishing off a group of ghouls. Instead of a sword, he had wicked looking clawed weapons on his hands AND feet, entertaining the crowd with gore fueled acrobatics that made my previous encounter look amateur. When the fight ended, the crowd swarmed the ninja, showering him with the affection I worked so hard for. Combat efficiency may be important, but that doesn’t mean people want to sit and watch it. Thanks, Ninja Gaiden II.

Ninpo is the great equalizer

I learned something today. When I was told my by ninja mentor that I needed to learn the art of Ninpo, I was a bit hesitant. Ninpo is ninja magic, but I had always abstained from things like that as I felt it made a warrior look a bit weak. Hand to hand combat was the most macho thing ever, but upon receiving my next assignment I quickly realized I’d need more than just my swords. Apparently, a giant bat creature was terrorizing an orphanage, and I had to take it down but it was flying very high and was the size of a 747. I couldn’t jump high enough to swing onto his head and cut out his eyes, so I spent a good deal of time standing around, scratching my head. Unfortunately, my inability to combat the beast resulted in a bunch of children being swallowed whole, which really did a number on my ninja reputation in that particular community. I went back to my instructor and learned the “Art of the Inferno” and took a second shot at the bat, this time obliterating the creature with a sizable fireball. Ninjas are tough, but being too prideful in one’s abilities can leave a person useless as future generations disappear into the belly of a horrifying monster. Thanks, Ninja Gaiden II. 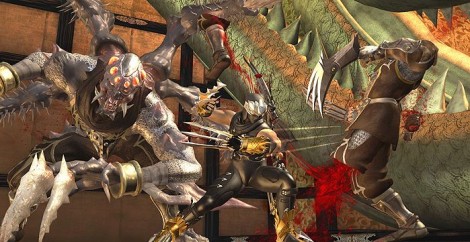 Good god this is exhausting, who the hell made all these monsters!

Ninjas are always in “the weeds”

I learned something today. In my previous job, I felt like I was always on the phone putting out fires and rearranging staff when things went south. I assumed that a ninja worked whenever he wanted to and would rarely need to put in more than 40 hours a week, but I soon found out I was quite mistaken. After arriving home after a long day of slaying minotaurs and werewolves, I found that my voicemail was already full with requests from people all over the world. There were yetis in Tibet, sea monsters in Green Bay and terrorists in robot suits stomping around outside Moscow. I soon found myself working 24 hours a day, seven days a week without an end in site. Figuring a vacation was in order, I put in my request to my sensei who replied with a scoff and curtly stated, “Ninjas never stop”. My street cred was definitely on the rise, but was success worth not having a life? The glory of a ninja comes at the cost of free time, relationships and adequate personal hygiene. I should have paid more attention in the beginning. Thanks, Ninja Gaiden II.

There’s a certain romantic component about being a ninja that still dwells in my heart, but the reality of the situation is that ninjas have tough lives. Every choice they make could result in dire consequences and mental health days aren’t even in the ninja vocabulary. It’s an exciting life but one that normal everyday Joes just wouldn’t be able to handle. If things don’t work out for my current industry in the future, I can always try my hand at motivational speaking; similar global impact but less dismembering. Thanks, video games.