Meanwhile… we’ve actually been playing games. Each week we recap our recent gaming experiences and tell you what we’re looking forward to, so you can use your time more wisely than we have. Summer has taken a tight hold on our gaming habits. Some of us are struggling to find time for games while others are searching through the backlog to find that one great game they forgot. Welcome to our guest this week, Brandon from InGamingWeTrust.com. 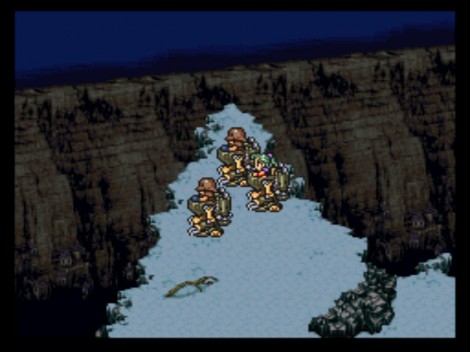 I've been here before

The hours I spent video gaming last week were consumed by an old favorite of mine: Final Fantasy VI (or 3 if you are an idiot and haven’t figured out that not all of the original Final Fantasies originally came out in the US hence the renaming of VI to III). I’ve mentioned a time or two that FFVI is my favorite in the Final Fantasy series and no matter how many times I play it, the game remains the same: great. I’ve probably put around 5 or so hours into it this time around and I have to say that there is nothing I would change about the game. To me, it’s the perfect Japanese RPG and none have been made better.

I also downloaded the Backbreaker: Vengeance demo the other day and was completely surprised about how much fun I had with it. I usually download a demo, play it once and forget about it only to delete it later. But with Backbreaker I’ve actually played it a few times. It’s a fun take on the minigame as well as the football genres. I compared it to something like Trials HD and even the old Tony Hawk games with the pause/reset mechanic that I employ quite liberally. I don’t know if it’s worth the 15 dollar purchase, but everyone should at least download the demo and give it a try. It looks and feels great and the physics engine NaturalMotion has created is impressive.

And I will be purchasing Ms. Splosion Man this week because the first game (though hard) was and is still awesome. There were rumors of a challenge being thrown down amongst the Cursed to see who could be the first to finish it. We will see if that happens and I know I won’t win, but I’ll throw my hat into the ring if it does take place. 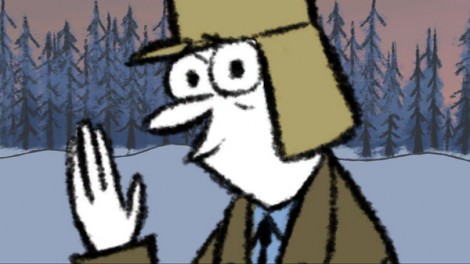 From the FBI's Puzzle Investigation Division

I’ve been wandering mindlessly from game to game with no direction since I finished Shadows of the Damned. I’m getting ready to move, so committing to a game without having the time to see it through has made me play a few smaller titles. Every other day or so I go into a trance and play some Child of Eden. For me that game is best in small doses (and for the discounted price that I purchased it at). It really is a unique experience (especially for anyone who hasn’t played Rez), but it’s tough to classify as a game or compare to other games. However, those that can I enjoy the sensory overload and gorgeous visuals are in for a great ride.

The recent Steam sale led me to the id developer pack so I could give Doom 3 another shot. I hated the game for not being a revolutionary FPS when it was released, but played today as a modern arcade shooter, I can finally enjoy it, cheap jump scares and annoying flashlight mechanics and all. However, my Doom play was quickly interrupted by Puzzle Agent. I’ve almost finished it, but it quickly jumped to the top of my favorite Telltale Games games. I expected next to nothing from this way-too-cheap title, and what I’ve gotten is hilarious setting full of great characters and voice work. Of course, the brain-teaser style puzzles are the real draw and they are a great diversion from the action games I’ve been absorbed in lately.

This week I plan on finishing Puzzle Agent and sinking as much of my free time as possible into Ms. Splosion Man and the original Splosion Man. Time to go achievement whoring with one of my favorite developers, Twisted Pixel. 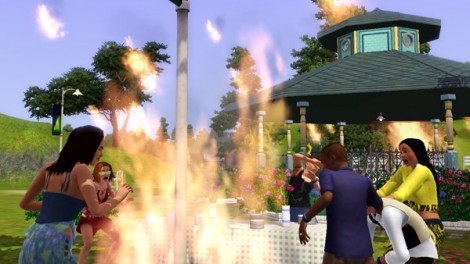 Safer than the real thing except for the fact you lost so much sleep playing it.

After an embarrassing amount of time in the dark, I finally beat the first Mass Effect. The sad part of it all is now I’m craving Mass Effect 2 among the other back list of games I’m building up. After the awesome conclusion to ME, I began playing more of The Sims 3 on console. I was living the high life and being able to stay up all night, hack and play video games – like life intended it. In between my Sims 3 stints I, of course, jumped on to some Black Ops multiplayer with my friends.

I have a growing backlog of games, and I’m entering the “Fall of the Burning Wallet” (trademark that). With so many good games on the horizon (and in my game case), I can’t figure out what to do! Last night I finally made a decision to finish Assassin’s Creed Brotherhood. I started it a long time back, but after working my way through the first two games I needed a break. That break is over and it’s now time to finish it – until Revelations. Too bad I suck again! After that I plan on knocking out Fallout: New Vegas. I can only hope, however, that I can finish that before the “Fall of the Burning Wallet” sets in and my game library explodes. 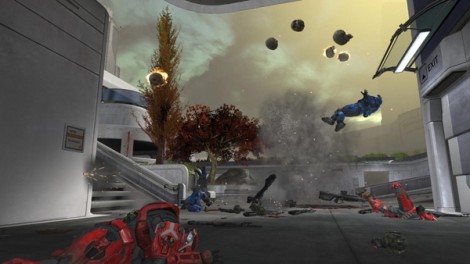 2 weeks till the Tough Mudder and training in this heat has sucked out any motivation to sit down and play a whole lot of games. However, the Horrible Night Out this past Friday gave me some much needed gaming time, and I was surprised as to the game I ended up really enjoying.

I have always knocked the Halo series, not because I didn’t like the games (though they aren’t at the top of my list) but because that’s all anyone every talked about. Sitting down to play Halo: Reach with Gifftor and JPizzle, I understand the uber fandom associated with this game. Don’t think I’m crossing over, but the Firefight mode is very fun and the control scheme is smooth, so I didn’t look like a huge newb.

Mobile gaming has sprung into my line of sight, especially a game called Alchemy on the Android market. The game is pretty simple and tasks you with combining elements to make new ones, rinse, wash repeat. It’s interesting what combinations do what and it is pretty addicting and quite satisfying to continue discovering new objects. 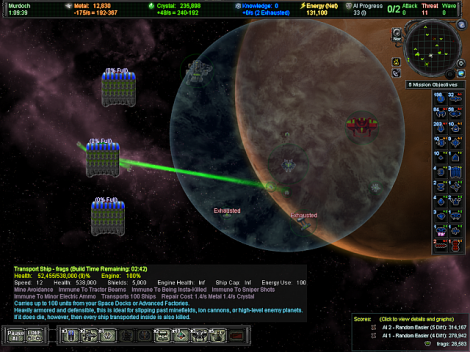 After going on a Galaga Legions DX jag for the better part of a week, I took a little detour into PC-gaming land with Steam’s Summer Sale, where I downloaded the 2K package as well as AI War: Fleet Command. Which is great. Except I felt like my brain was drowning in information. Even the tutorial had so many options, I could feel myself becoming overwhelmed. In no way to I want to degrade how good looking, huge and smart AI War: Fleet Command is, because it’s a really impressive achievement, it’s just beyond my experience as a strategy gamer. Playing it felt a lot like (what I imagine) doing a first-time keg-stand would feel like (because there’s no way I have any experience with that) – it’s delicious and fun, but eventually, you just can’t keep up and you end up with cold beer in your nasal cavity. Great game, but not for the faint of heart.

Also. I sort of got into Civ V. When it’s running smoothly, it’s everything I’ve been looking for although it is a lot easier than Civ III. It’s beautiful and smooth and quick-playing and streamlined and…oops! Black screen, requiring a force-stop. Thankfully, Josh Lee seems to have a fix for me, so maybe next week I’ll stop playing for long enough to tell you all how awesome it is and to quit bothering me because I need just one…more…turn.