Meanwhile… we’ve actually been playing games. Each week we recap our recent gaming experiences and tell you what we’re looking forward to, so you can use your time more wisely than we have. Distractions are one thing, but free distractions are another. Ethan may not survive the free-to-play games of Steam. Justin L and Alex fight for the video game soul of Alice, while Cole and Gifford are just waiting for another big block of game time. 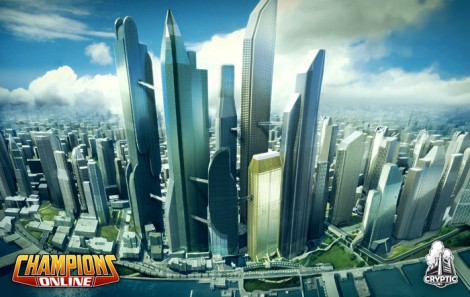 I'm not sure I'd use Skyscraperman

I started playing Champions Online this past weekend since I haven’t tested the MMO waters for quite some time. I love the character customization and despite the fact that I was limited in my power selection due to the free to play nature of the game, I was satisfied with the character that came out. I actually think I may play as an evil character because every other player I ran into was a corny Superman clone. Champions Online needs a cold calculated killer and it may be me.

I have also played a ton of Atom Zombie Smasher and it has stolen my attention more so than a huge MMO could. The game plays the zombie apocalypse from a different perspective, tasking you with setting up defensive positions and extraction points as opposed to direct confrontations. The game is unforgiving and has a soundtrack that would be better suited to a surf movie, but the challenge and quorkiness of the game is too much to pass up.

I am excited to play some Trenched later this week and am quite ready to take a mech on an assault against whatever those tv looking monsters happen to be. 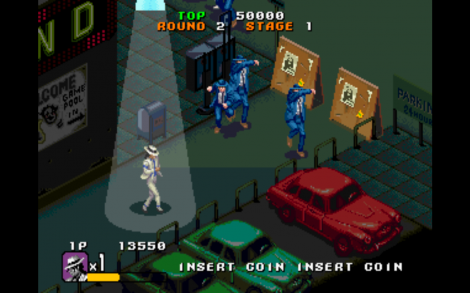 This one has my vote, Alex.

Lately I’ve been catching up and starting anew. After finally beating Halo: Reach and being able to call Castlevania: Lords of Shadow complete after beating all of its DLC I dove headfirst into Alice: Madness Returns. The lesson here is that apparently I currently have a thing for games with colons in the title.

As far as Halo: Reach goes, that game was fantastic. I’m not usually too into FPSs, but I’ve beaten the campaign of every major Halo game (not counting ODST) and I love the story, the gameplay, the environments, and just all of it. I loved the unique ending style of Reach and think it was a perfect ending to Bungie’s time with the franchise. I can’t wait to see where it goes from here!

Now on to Alice: Madness Returns. At first glance I have to say I’m torn. I love the style, and the story, but something feels funny about the gameplay and I can’t quite put a finger on it. It’s almost as if the gameplay feels a little old, or a little juvenile so that parts of the levels feel a bit like a chore, but I think it really could just be my own tastes changing. Either way I have every intention of blasting my way through the rest of the game and enjoying every bloody minute of it!

Other than that I’ve been cleaning out a bedroom in our basement that’s going to become my office as we make room for our new family addition and in doing so uncovered every single game and console I own that had been put away. They’re all out on display and playable now which means there should be some great retro gaming coming soon. It’s going to be a tough choice after Alice between firing up Michael Jackson’s Moonwalker, or actually beating BioShock. 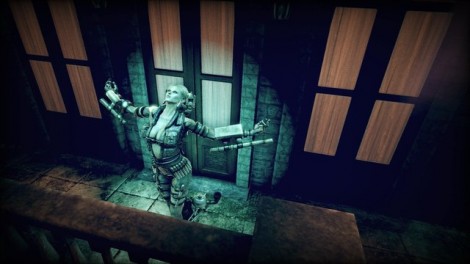 It was hard to find a pic without Johnson in it.

Here’s the part where my game bouncer would earn his keep by making me stay on track with my backlog of games. After spending some time with both Alice: Madness Returns and Hunted: The Demon’s Forge in recent weeks, both have failed to sink their teeth into me. So my mind wanders, and I want a new game when really I should just go back to Assassin’s Creed Brotherhood and finish what I started before those averag games sidetracked me.

I’m not saying Alice is bad, but the moments of twisted Wonderland joy are seriously outnumbered by the chore of the actual gameplay. It’s got a lot going for it, but the game refuses to seize greatness. BUT, I’m not done with it yet and I still have hope.

There are two games threatening my focus. I will try out Trenched and can’t wait to play it with friends as I hear great things about the multiplayer. But Shadows of the Damned is hitting all the right notes with reviewers, and it has turned into a must buy for me. It looks to be the big dumb action game (with some Grindhouse thrown in) that I’ve been looking for for a while now. So I’ll buy it, I just don’t know if it will be now or in a few weeks. 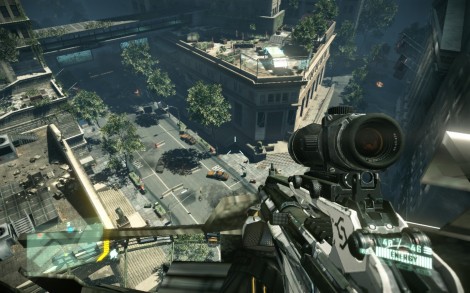 Why don't you come down here and show me your gun up close?

I really am trying to change my ways, even if it doesn’t look like it from my Raptr gaming log. I picked up Crysis 2, Child of Eden and Fight Night: Champion last weekend. I haven’t gotten into Child of Eden or Fight Night: Champion yet because I’m making my way through Crysis 2‘s single player mode first. It may be driving Cole a little crazy to know he’s got a potential multiplayer partner out there (be patient, I’m almost done… I think) but the single player experience is great. It’s not quite as good as some of the other top-tier single player FPS’s out there, but it’s surprisingly lengthy and there are a lot of guns. I’m not sure how its review scores aren’t higher because I’m absolutely loving it. I think I’m going to move on to Child of Eden next. I planned on getting into it on Saturday and suggested it to my girlfriend, who said, “Yessss. Let’s get drunk and play it!”…except we forgot about the “playing” part and fell asleep on the couch. Still a fun night…but no gaming. 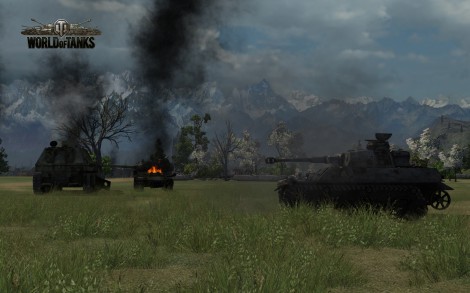 My gaming has been very light in the past week. After travelling to CA for a wedding last weekend and getting back to work as soon as I returned, I haven’t been able to really get into any game lately. However, I have been playing the multiplayer mode of Crysis 2 here and there for quick gaming sessions but nothing long term. I still have Chrono Trigger waiting patiently for me on the Wii and Assassin’s Creed Brotherhood on the 360. There will be more gaming coming up this week because I’m getting that itch to play… a lot.

I did get a chance to see World of Tanks when I visited Nathan Moses in CA. That game is insane and not for me, but I could see why people like it. The amount of customization on each tank is pretty remarkable for a free to play online game. So if you are interested in climbing into a heap of metal and slowly moving around the map, World of Tanks might be for you. You just won’t find me playing it… ever.