The question is always asked, and the answer never matters: Who won E3? We thought we’d have some fun with that question to wrap up our coverage of E3 this week on The Horrible Show podcast. However, technical gaffes prevented us from actually saving the recording of that lively nomination discussion, but that won’t stop us from presenting you with all of the real winners of E3. All of these are awards based on our distant seats watching and reading as much internet coverage of that we could get our hands on. So…it’s as biased as possible. We’ve got 14 categories too many and the winners are in bold. So let’s get to it.

Some games missed the party completely. Don’t think we didn’t notice. We don’t care if you did or didn’t warn us, you still hurt our feelings.

Team ICO continues to win among some of the biggest teases in the industry (we love you Valve and Blizzard). Not only did The Last Guardian not show up, but we finally got details on the ICO and Shadow of the Colossus HD collection, which only made us want a glimpse of their latest game even more. We’re starting to worry.

Nothing left us more baffled than the entire reveal of Nintendo’s new system. From the announcement of the name to the question over whether or not it was just a controller, Nintendo could and should have handled this reveal with a few more details.

Your presence is requested in a prominent form.

A close battle here, as we’d like to see major developers band together to present their games their way, but Indie Games are the most under represented group at E3. We suggest that PAX take the lead here to announce their PAX 10 games early and give these games more of a spotlight.

That’s enough from you, you’re just embarrassing yourself and you need to take a time out for year.

We’re not really sure if Konami’s video thing counts as a press conference or being a part of E3, but it still made us uncomfortable the entire week. Cole let loose his true feelings, and whether you agree with him or not, it’s hard to disagree that Konami needs to reevaluate its approach to E3. 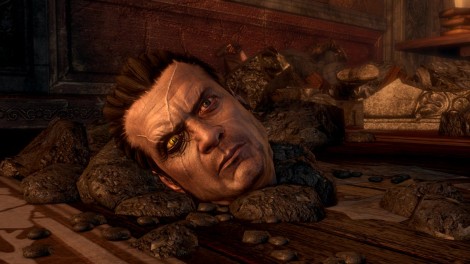 Someone is out of place at E3. We know it. They know it. Make it stop.

We feel bad for Peter and Kobe, but we’re just not sure who thought Mr. Caffeine was a good idea at the Ubisoft Press Conference. At least Joel McHale didn’t make things awkward on purpose, he just read the bad lines and got out, but Mr Caffeine seemed to enjoy his own bad schtick. Ubisoft, just stick with your in-house people at least being French – it comes across as endearing rather than patronizing.

Some good news finally. The best of the game demos from the press conferences.

Grizzled Ezio put up quite a fight and playing Ruin on the Vita and PS3 was certainly impressive, but Nathan Drake was on a boat. That boat turned upside down. My jaw went through the floor.

Best Game Not in a Press Conference

Every game can’t be featured in a press conference, but these games should have been.

Luckily, GameTrailers snagged a developer interview for Skyrim that rivaled any demo put on at any of the conferences. Fighting dragons has never looked so impressive. 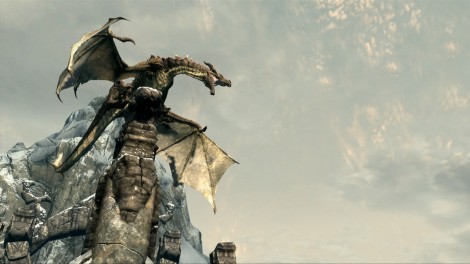 I can't wait to stab you.

These trailers almost had us convinced that these games could be decent. But there’s no way, right?

Dead Rising 2 managed to trick us into thinking the Dead Rising series had learned some lessons from its predecessors. You aren’t tricking us this time, Frank West.

These trailers did their job because all we want to do now is play these games.

The only problem with BioShock Infinite is that it seems so damn far away. With no specific release date other than 2012, we are going to be waiting quite a while before we take to the skies in Columbia.

And then things got awkward on stage.

Great Job, Jeremy. (In a close 4th was our own Ethan Moses and Josh Lee from The Horrible Show’s E3 podcasts.)

It’s hard to say what was worse, seeing your Star Wars fantasies crushed by a terrible game for a great idea…Or to see them demonstrated by the new Star Wars kid. “Lightsaber ON!”

Here are the stand games of E3 of the one’s actually coming out this year.

It’s hard to believe that Uncharted can keep going as strong as it is, but Naughty Dog seems to have the magic touch and knows just how to get its fans excited. 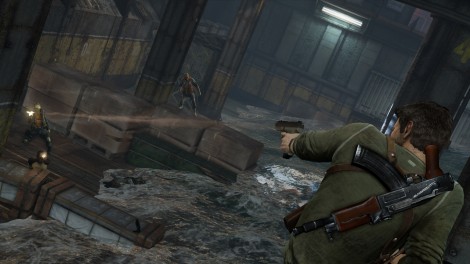 Best in Show (Beyond)

Come on Ken Levine, it looks done, can we just play it now? Please? You big meanie. 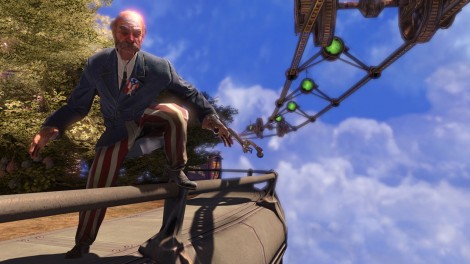