Hey Sony is back and better than, well, PSN is back, sorta. At least Microsoft decided to jump in on the fun and knowingly break some 360s while Warner Bros attempts to break Batman. I don’t think anything snapped on our site, but we did try to fix Too Human. 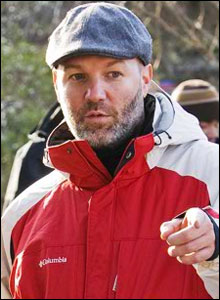 I don't think it was about hacking.

Gears of War 3 Limited and Epic Edition extras revealed – Joystiq
For those crazy like us.

Sony to Update PlayStation Store Multiple Times Per Week to Catch Up – Giant Bomb
One of the other larger questions gets answered. Hopefully they’ll issue a calendar of sorts.

Sony ‘sorry’ if you own all the ‘Welcome Back’ PSN games – Destructoid
That was kind of my reaction. I should still get some sort of credit option then.

Guild Wars 2 Beta Coming Later in 2011 – G4
Very cool, hadn’t heard much about this one lately.

Good News, Everyone! PlayStation Store Returns Next Week [UPDATED] – Giant Bomb
The good news is that it will seem like Christmas when all of that content starts flooding in.

Students: Get a free Xbox 360 with your new PC – Destructoid
That’s kinda awesome and devious.