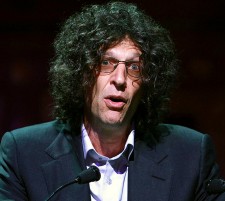 You can still make people angry?

Yes, all of you. Er, us. Well, you know what I’m talking about. Yesterday, at the end of a long day, I noticed something in my twitter feed that I just had to check out. Shock-jock Howard Stern decided to send one of his minions down to the TooManyGames 2011 convention in Philly and then proceeded to…well, do what he does, except this time, he was talking about gamers. Now, it would have been easy to get all worked up about this and flame him on the boards, but then I took a deep breath, reminded myself that: A) I’m a grown-up; and B) getting a rise out of people is pretty much his modus operendi. But that got me to thinking, my gaming bretheren. And when I get to thinking, you get a Mail This.

If there’s a more-besieged branch of the entertainment industry out there, I’m not sure what it is. (No, file-sharing/piracy of movies and music does not give you the right to chime in here, RIAA/MPAA.) I don’t mean “besieged” in the sense that we’re in danger of irrelevancy like the NHL, I mean “besieged” in the sense that, for the most part, the combination of moral outrage/censorship, broadband scarcity, DRM and net-neutrality aren’t a threat to music and film the way that they are to gaming. That said, you can’t isolate “people who like movies,” or “people who like music.” Those groups would be too large for the terms to be useful as categories and no one spends air time trashing on “movie-goers.” And you shouldn’t be able to isolate “gamers,” except we’re really, really good at doing it on our own. 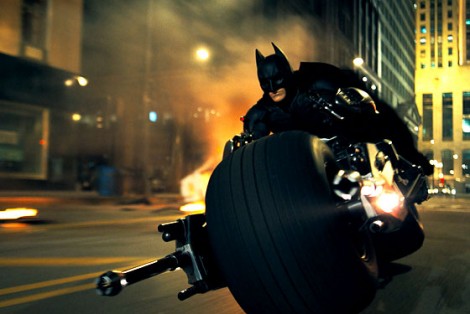 Those "movie-goers" should get a life.

I’ll admit it: I’ve been part of the problem. If you’ve listened to The Horrible Show, our podcast, you’ve heard me slag on a lot of the FPS multiplayer-focused guys. Normally, it’s for their bad behavior, but a lot of times it carries over to stereotype and hyperbole. (No, I’m not going to apologize for ripping on Apple, so forget about it. I have limits.) Still, with as popular as those games are, there are plenty of gamers out there who are not giant douchebags-who-should-be-banned-for-life and are welcome in the Gamer Tent. But that doesn’t stop us from sniping at each other. We reinforce our own sterotype.

Neal Stephenson’s novelCryptonomicon spends a decent amount of time examining geek/nerd culture from the standpoint that a lot of us were somewhat socially awkward growing up and whether that lead us to be interested in technology or being interested in technology led us to being socially awkward is a chicken-and-egg question. At some point, we grow up and realize it’s not high school anymore, with its social grandstanding and popularity contests. Knowing how to install a new motherboard or set up a wireless network for our buddies or show a less hardcore gamer the trick to getting past a particularly tricky spot is functionally equivalent to being able to fix a car back in the old days – it’s a skill. The industry has gone from something that used to be a novelty to a multi-billion dollar powerhouse. If you want to see where some of the most inventive and creative stuff is going on in arts and entertainment, let me give you a hint: it’s not from Hollywood. It’s gaming and other geek-culture things (seriously – comic book movies are mainstream entertainment now. COMIC BOOKS! Oh, sweet vengence!) 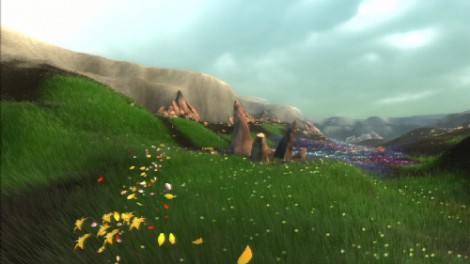 Yet, we still react to criticism like we need to defend ourselves or face destruction. We still get a churning in our guts when Roger Ebert dares to say games aren’t art, even though we know that he’s a movie guy who has probably never been exposed to the ephemeral beauty of Flower or the emotional resonance of Red Dead Redemption‘s denoument. We still get pissed off when Howard Stern says “I have a job — I’m a guy who has a career, I’ve a life, I’ve got a wife. These fucking guys are living in the basement with their parents. You can’t be gaming 24/7,” even when we have jobs, wives, children and lives, and going to a gaming convention falls in between Wine Tasting Festivals and Civil War Reenactments on the socially-disruptive scale. Even when Howard Stern looks like Alice Cooper‘s dorky little brother and has the comedic range of a turtle, somehow he gets under our skin.

We’re never all going to “just get along,” we’ve too big and too diverse as a group for that to happen. Still, I think that we could probably work out the dysfunctional synchronicity of the Simpsons. Sure, we’re getting outside validation for our favorite media: it’s now in the Smithsonian. Stephen Speilberg is directing games and non-geek hotties are actual gamers. But none of that should matter. We know how great games are, so I find it kind of disturbing when we have internecine warfare, whether it’s between PC and Console, PS3 and Xbox fanboys, or Madden-addicts and puzzle-gamers, but we don’t come together as a group to collectively respond to the actual dangers to the industry. Sure, we have the guys out front standing up for us, but when the FCC has hearings about net neutrality that directly impacts our collective ability to stream/download games or DRM cripples our games while being ineffective at its intended job or legislation is proposed to chip away at games’ First Amendment Protections, we don’t respond as a group. We figure it’s only going to affect the multiplayer fanatics/PC gamers/dudes who play violent games and leave it at that. 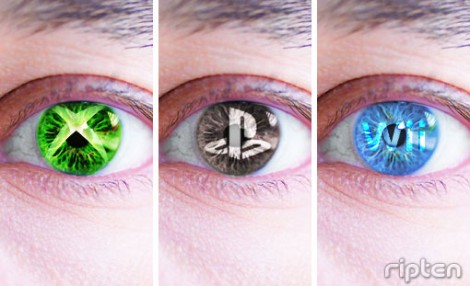 There's something bigger going on here.

Here’s the long and short of it: if you care about gaming like I do, get involved in protecting gaming, whether you think that what’s going on out there is going to affect you or just some punk who plays online-racing games. You never know; next time it might be your favorite genre or franchise that’s under the spotlight.

PS – I’m not coming to the defense of anyone who shows up on whywasibanned? You guys are the shit-stains of the gaming world.

PPS – I apologize for that senseless comment about the humorous capacity of Testudines and Chelonia. That was thoughtless and cruel. Because… remember how funny it is when you knock them out of their shells in Mario and they’re all embarrassed ’cause they’re naked? Priceless.

2 Comments → Mail This: Divided We Fall