This past week has been a blur for me. Starting a new job and being exhausted from waking at 4 in the morning and not getting home until 7 at night, leaves me little time for anything but sleep. Needless to say, there was very little gaming going on in the Colefacekilla household. But what does that mean for someone who has the opportunity to  express their thoughts and ideas on the internet through a website? It means feeling guilty of ignoring my precious consoles and leaving the games to gather dust on the shelves.

It also means struggling to come up with an idea for an original article about video games. Sometimes we get burned out on the fact that most of our free time sans significant others is spent on either playing, thinking about, podcasting, or coming up with stories for Horrible Night. Some people might say that we need to get a life and not focus so much on the world of video games. 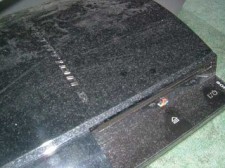 What’s crazy to me is that I would never tell someone who is passionate about something to “get a life” and not focus on that thing they are so fervent about.  Just because video games in general have a less than stellar image in the mainstream media doesn’t make us less than people with passions for acting or knitting. To those people I say act and knit to your heart’s content as I would hope they might say to me.

That’s not to say that all our lives are video game centric. The Horrible Night staff does not fit into the normal gamer stereotype. Just about all of us are in committed relationships with people other than our parents and none of us live in our parent’s basement. (I live in my parent’s house on the 2nd floor, not their basement. And only for 1 more month).I think we’ve shown through our Threesomes of the Week segment of The Horrible Show that we have very eclectic tastes in movies, music, and for those of us who read: books. No matter what you do in life you need to spread your interests in different directions to try and keep from getting burned out. When someone solely focuses on one thing in their life, the chance of that happening is much greater.

Break The Walls Down

A perfect example of someone getting burned out is Chris Jericho (another wrestling reference!). 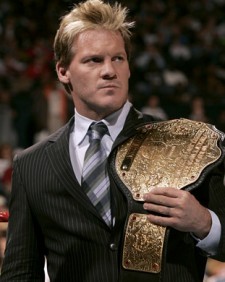 Four years ago he walkedaway from the WWE giving up a huge salary in the process. He was tired of being on the road for 300 days a year and wanted to explore other options. His band Fozzy, was beginning to gain some steam and he wanted to see what they could do when he gave the band more attention. He also wrote a New York Times bestselling autobiography while being seen on VH1 doing that Best Week Ever show. He spread his wings far and wide and after some time, he got the itch to start wrestling again. The passion resurfaced and he became “the best at what (he does).” He wrestled for close to 3 years straight and now he’s taken time off again to pursue dancing.

The funny thing is, unlike Chris Jericho, I’m at the other end up the spectrum. I don’t need to leave my passion behind to hopefully one day make it fresh again. I need to quit the real world to be able to pursue my passion with 100% of my attention. Because I haven’t played a traditional console based video game in over a week, I want to be saturated with the medium. Even a short amount of time away from video games leaves me feeling anxious. Like an addict needing a fix, I want to just spend a whole day playing games and forgetting about everything else going on in the world. I want to finally dive into the world of Alan Wake and discover the reasons behind the disappearance of his wife. I need to travel across the world to deliver Trip back to her home in Enslaved: Odyssey to the West. I desire to hear the sounds of TIm Kitzrow’s voice yelling BOOMSHAKALAKA every time I slam home a thunderous dunk in NBA Jam. Hell, I even want to step foot into a GameStop just to be surrounded by games of all shapes and sizes (and I need to buy MLB 2K11). 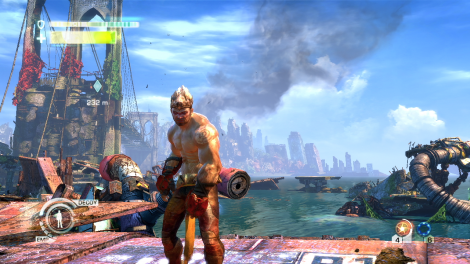 If I could give anyone experiencing a similar week to the one I just had, I would tell them to make the time for video games. We all need something to be able to distance ourselves from the stresses of real life, and video games can offer that distraction. If you aren’t into video games, find something else. But if you are reading this, you probably game so pick up a controller and feed your craving. You don’t want to end up on the floor with the shakes, unless of course the Kinect requires you to.

3 Comments → A Week Without Video Games