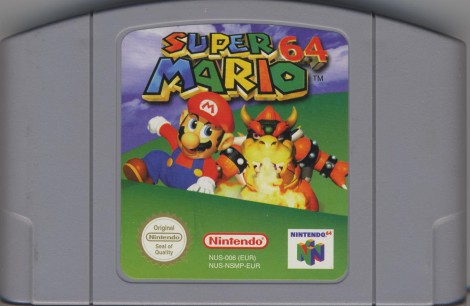 THE BEST N64 PLATFORMER. In all Caps.

After 4 long hours playing, it was time to put myself and Super Mario 64 to bed. I had traversed Shifting Sands Land, Wet-Dry World, and Tiny Huge Island before making my way up to my biggest challenge yet: Tick-Tock Clock. The level consists of Mario working his way through the innards of a clock, dodging swinging pendulums while riding conveyor belts and jumping on clock hands. I became stuck in the level and couldn’t get all the stars required to actually “beat” the level. While I can’t seem to recall the exact nature of reaching the star, there was a puzzle element to it and I just could not figure it out. My frustration was boiling over.

I Dreamed a Dream

What better way to end frustration than to enter the world of Sub-Con. No, I didn’t face Birdo or Wart in my dreams. I faced that dastardly Tick-Tock Clock level. The one star that I was constantly trying to get while awake, was still alluding me in my dreams.  You would think that after a long playing session your brain would want to take a break from the world of Super Mario 64 and focus on something else more enjoyable. You know, like naked girls or being a professional athlete, things that many teenage boys dream about. Not me. I had visions of Marios dancing through my head.

The next day, I woke up feeling like I’d been playing Super Mario 64 all night long. However, during that trip down sleepy lane, my brain had figured out the puzzle that was driving me crazy in my awake state. So I ran to the basement, where my video game playing was relegated and slid the power switch of the Nintendo 64 to on. That lovable and pliable Mario face told me who he was for the billionth time, and I jumped back into the Tick-Tock Clock face and was off. 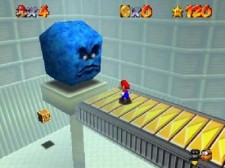 I had a dream. That one day. I would beat this level.

Shortly after entering the level, I proceeded to get the star that had thus far eluded me. Remembering how to solve the puzzle from my dream, I got that damn star the first try after failing nearly 20 times the night before. After yelling a few congratulatory curses to myself, I ran upstairs to share the news with my less than enthralled mom. “Good job,” she said as I expected more of a reaction. “Now bring your laundry downstairs and clean your room.” How could she ruin my celebration with chores? Didn’t she know that I just announced myself as somewhat of a psychic? I could make millions of dollars displaying my talents for the world to see and she wanted me to bring my laundry downstairs.

I scoffed, rolled my eyes and said “First I need to go save my game. Give me just 5 more minutes.”