Lately, video games have been bucking the trend that all sequels are inherently inferior to the original. Dead Space was adored by critics and JDevLs alike for engrossing atmosphere and tight gameplay. EA and Visceral Games have returned with more horrors for their medieval space engineer hero, Isaac Clarke. Without much room left for improvement, Dead Space 2 is here to sever any appendages holding the franchise back from greatness. 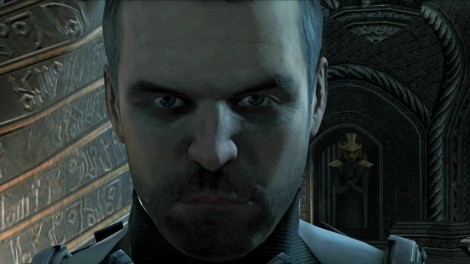 I'm thrilled to be here today

After barely surviving his first encounter with the necromorphs and losing his girlfriend, Isaac has gone crazy. Fittingly, Isaac awakens in a straight jacket on a space station in the middle of another attack by these horrible creatures. The necromorphs are deadly beings formed by the reanimated flesh and bones of corpses, and there are plenty of bodies to pick from as the evacuation of the space station you awaken in isn’t going so well.

The hallmark of the series shines right from the start. The game’s greatest character isn’t you or any of your gruesome foes, it’s the atmosphere. Composed of superior sound design, nightmare inducing lighting effects, and gorgeous gore, Dead Space 2 knows it is alive and lets you know that it can come after you whenever it wants. The environments are in control, not the player. Every piece of the UI is built to never take you out of the game world. Pulling up menus, watching videos, gauging your health, all take place out in the open and without pausing to break the action. You’d better make sure that room is clear before attempting any upgrades. The first few chaotic hours will test both the durabilty of your controller and your nerves.

I'm sure someone out there will help you

The space station offers varied environments to splatter necromorph pieces around which Dead Space 2 takes advantage of in twisted ways. An elementary school, a church, and a high tech security station vary the mood just enough to keep the player from ever feeling comfortable in their surroundings. The remnants of death all around you highlight another sinister subtletly to the story where you are left to imagine what took place in these rooms before you arrived. Recess was a bit rough.

Death can come quickly in Dead Space 2, and after being immediately thrown into the action, I lasted all of ten seconds. Considering my favorite portion of the original game was how quickly things got out of control, to have the sequel start off even faster made a fantastic first impression. Dead Space 2, like the first game, is at its best when it keeps you guessing. It can be overwhelming at first to learn what clues to pay attention to in your surroundings and the sounds emanating from the shadows. It literally feels like anything can attack you at anytime. Eventually though, you start to learn the tricks and get a sense of what really poses a threat. The horror starts to fade and you figure out how to play the game without threatening your own sanity.

Oh, you want me to shoot the limbs?

If Dead Space 2 relied completely on scares and horror to carry you through the game, it wouldn’t hold up. The players, especially those who have played through the original, eventually become numb to the scare tactics. Luckily though, underneath the beautifully frightening presentation, Visceral has built an equally impressive 3rd person shooting experience that only improves upon its predecessor. 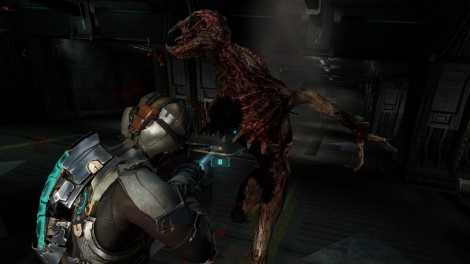 You do know what a limb is, right?

Not a lot has changed in the gunplay from the first game, but small improvements do help you feel more in control of Isaac. Movement, picking up items, aiming, and swapping between abilities are noticeably, if only slightly, quicker. However, don’t think that Dead Space 2 has turned into a sprint ahead with guns blazing type of game, as the necromorphs welcome that approach. Enemies will attack from all sides and you will have to pay attention to your weapon type and ammunition. There is never a lack of ammunition on the normal difficulty settings, but you will find yourself having to swap weapons to conserve ammunition in your other guns for the right situation. Zero gravity stages are also back, but this time Isaac’s suit is equipped with thrusters which make navigating the areas much less aggravating than the grappling hook technique used last time. These sections center more around puzzle solving than combat which was a bit of a bummer, because I love the deadened sound of blasting away at enemies while in space. Thankfully, though none of the puzzles stood out as frustrating and worked well to balance the pacing of the gameplay.

I did not expect to notice the new enemy types as there are only a few. Most notably, the stalkers had me gritting my teeth anytime I heard a sound similar to their growling. The boss battles may be few in numbers, but the diversity of the core enemy types did a great job at forcing me to adjust my tactics. I found myself using the kinesis skill, which I pretty much ignored in the first game, instead of wasting ammo. It helps that this usually resulted in amusing physics experiments turning a necromorph’s own spare limbs against them.

It is worth mentioning that by the end of the game, Dead Space 2 ceased to be a survival horror experience for me. I found this frustrating at the time, but this is more a result of my personal preferences and desires for the end-all survival horror experience. I found my only gripes against the game were subjective additions that I would have liked to have seen, and I can’t fault a game for a misconception or even a missed opportunity. 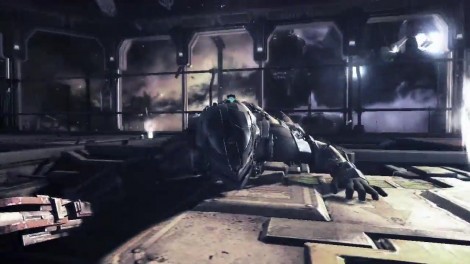 Hang in there, buddy

This sequel is in no way worse than the original, but it doesn’t make any monumental strides forward either. What you end up with is two great games that will come down to personal preference as to which is better. Dead Space 2 succeeds in deepening a burgeoning franchise and is a superior horror action title that I couldn’t recommend higher.

2 Comments → Dead Space 2 Review: Can Your Knife Do This?