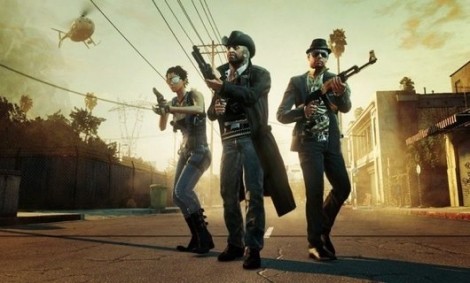 When it was announced that the Call of Juarez series was jumping forward to modern times, it appeared to be an interesting twist that could breath some new life into the western first person shooter. Seems easy enough, just switch up the cowboy and Indian feud with that of the DEA and drug cartels and presto, you’ve got a fresh take on a stale IP. Some, however believe that the mature content of the story could possibly hit too close to home and trivialize a very horrifying reality. Oh, and it might turn children into killers.

Juarez legislators have asked that the Mexican government put a ban on the game for a variety of reasons, most of which reference the possibility of children being influenced by the violence portrayed in the game.

Assuming that the game gets a mature rating by the ESRB (it does contain the tag-line: a bloody road trip from Los Angeles to Juarez) I think that eliminates the possibility of children being able to play the game. I guess I’m going out on a limb here by also assuming that those children have decent parents who care what sort of content their children are exposed to. Simply put, it’s an adult game and piggy backing off Cole’s recent article, the affects on children have no place in this argument. Beer is probably really bad for kids too, hence the age requirement for consuming alcohol.

If you really want to argue the content of a game, perhaps wait until more details develop and then go after the tastefulness of the content as opposed to its suspected effect on children. I can absolutely understand why people who happen to live their lives in fear of such violence  may take issue with a game about their struggle, probably similar to the way any red blooded American would react to a 9/11 simulator.  Just like with what happened to Medal of Honor this past year, it’s going to be up to the developer whether or not they actually did cross the line and what course of action they should take to rectify it, not a government entity.