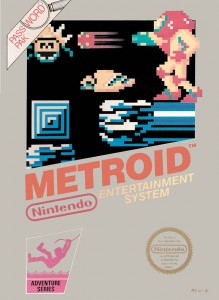 If we had all the time in the world to play video games, there would be no game left un-played. With all of life’s distractions, it is a miracle we can finish any game. Everyone has those games that they never got around to, and over time the regret and embarassment starts to add up.  I feel like you’ve gotten to know me over the past year but I’ve been keeping some (well, many) things from you: I have never finished Metroid for the NES.

Before I make a lousy excuse about why I’ve never finished it, you need to know my past experience with Metroid. First and foremost, I love Metroid on the NES. I thought and still think it is a great game. When I first heard about the code you could enter to reveal the true nature of the person underneath the suit, I was intrigued. After I finally got my hands on the Justin Bailey code and found out that Samus Aran was a girl, I was floored.

At that young of an age, the formation of my current video game ethics had yet to take place. Today, I abhor using codes to have something spoiled that otherwise could be found out throughout the course of the game. But back then, I wanted to play as Samus in a pink one piece. Can you really blame me?

Even after using the code, which grants you all the power ups except for the ice beam and one energy tank, I still never completed her mission. Does that make me less of a gamer because I haven’t finished one of the all time classics? 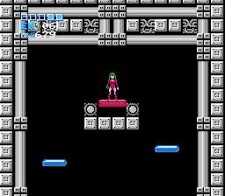 Growing up, I hardly ever beat games I didn’t own and I never owned Metroid. Back in the days of trading games with the neighborhood kids, I could never keep Metroid long enough to beat it. I know there are passwords you can enter (see above) but every time I would get the game, I wanted to start from the beginning. Even as I was in possession of the game, I wanted to try and beat it in one sitting, so the passwords were discarded after I died. Looking back on that decision now, I realize it was a poor one and I probably could have that game under my belt. If you haven’t already discovered, I didn’t always make the best decisions in my video game playing youth (Bayou Billy anyone?).

So that’s my excuse. I made the game infinitely harder than it had to be because of my weird sense of video game ethics I portrayed in my youth. No cheat password was left unentered and I had to beat games in one sitting. If I tried to do that after the SNES came out, I would have been long from this world.

I am Without Speech

I realize my excuse is weak, but  that’s all I have to go on right now. However, it really boils down to this: if you have never finished Metroid, you cannot really call yourself a gamer.  Even though I am a part of this great website, I have failed you loyal reader. I have portrayed myself as somewhat of a video gaming guru yet I can’t claim Metroid as a game that I have finished. I can no longer call myself a gamer. When you look up the hierarchy of adjectives to describe the level of gamer I am, I would have to be considered a… casual gamer. And that is not something I’m happy to admit. 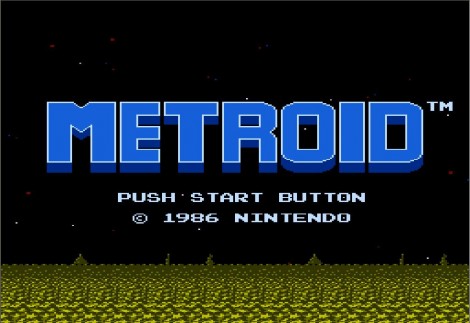 If you are worried for my gaming soul, please don’t be. I plan on rectifying this very situation in the near future. This year is the 25th anniversary of Metroid‘s release and what better time to honor this great game by finally beating it. Good think it’s on the Wii’s Virtual Console, it makes my future redemption that much easier. I will be redeemed dammit!