Crime doesn’t pay, but despite that it continues to infest my streets. Perhaps I’m wrong, perhaps crime does pay but that doesn’t mean its the right thing to do. I’m tired of stepping over doped up transients and wiping away the tears of orphaned children. I decided that it was time for me to take the fight to the streets, all the while learning the lessons of Final Fight. 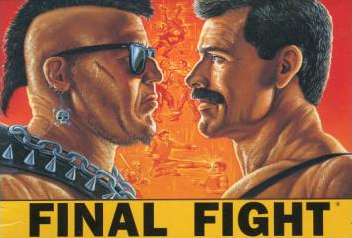 Mohawks and skull earrings are NOT welcome in my city...

The Lessons of Final Fight

Your local mayor is about more than just policy 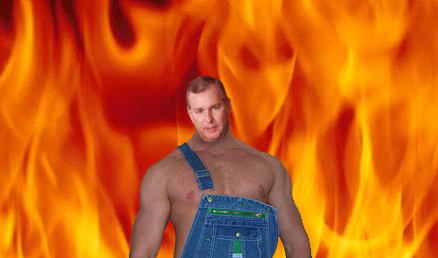 I learned something today. I knew I needed an ally if I was to see injustice dealt a swift blow, but I wasn’t sure who to turn to. My wife doesn’t have the fighting prowess required to defeat overwhelming numbers of bad guys, so she suggested I write a letter to the mayor. Thinking his support would prompt police back up and tougher laws on crime, I waited patiently for a response. Three business days later I heard a knock at the door and opened it to find Mayor Greg Ballard standing on my doorstep dressed in a tasteful pair of overalls. He didn’t have to say anything, his face told the story. It was time to take a new stance on crime. Thanks, Final Fight.

Never underestimate your opposition, resilience is a good and bad guy attribute

I learned something today. The low level thugs and junkies were pretty easy to dispatch, all it took was a punch or two. Even the mid level tough guys crumbled after a few Ballard themed pile drivers, but towards the end of the neighborhood we noticed a rather large fellow with a wild expression on his face approaching us. He seemed pretty tough, but two against one is always solid odds so we went to work. Thinking we had him on his heels, we slowed down only to discover that he still had quite a bit more fight left in him. What was saw as imminent victory was just part one of a four part attack.  We completely under estimated the battle and almost paid the ultimate price, such a mistake will never happen again. Thanks, Final Fight. 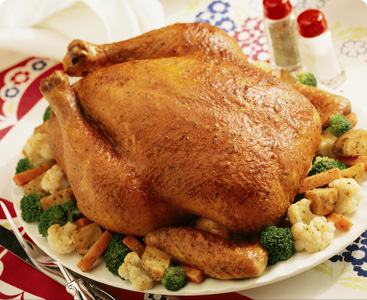 I learned something today. Being of smaller stature, I found that the wrath of the bag guy gang was being directed at me more so than the mayor. He did his best to stave off the brunt of the attack, but I’d taken quite a beating and was fading fast. There wasn’t a hospital in sight and my first aid skills were mediocre at best so I decided to accept my fate and go down fighting. An errant jump kick happened to open up a crate, conveniently revealing a whole roasted chicken. Mayor Greg motioned towards the meal and I quickly gobbled it down with one bite. Suddenly I felt vibrant again and noticed that my life bar, that seconds earlier was red, was now back to full yellow. Thanks, Final Fight.

Super Moves wear you out, even if you look awesome while doing them 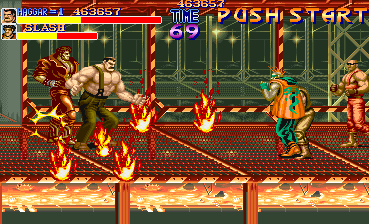 Super move over use is the great equalizer

I learned something today. As crime continued to dwindle, my confidence in my fighting partnership and in myself grew. I noticed that despite its effectiveness, Mayor Greg was using his pile driver sparingly. I wanted to go out with a bang, so I ignored his strategy and pressed forward with jumping spin kick after jumping spin kick. Bad guy after bad guy fell, but I quickly noticed that I was losing health at a very quick rate. Suddenly I realized the reasoning behind the mayor’s infrequent use of his power move, and decided to hold back as well. Punches and kicks don’t cost anything, but jumping spin kicks could cost you a life. Thanks, Final Fight.

With the final boss defeated and the city saved, the mayor and I parted ways to continue our normal day to day routines. Babies were going to sleep better and the elderly would go back to safely but slowly crossing the road. Things were better and I had grown as a man. Blindly seeking justice can result in horrible consequences, but with a steady foundation and reliable mentors such tasks can be accomplished with minimal whole chicken consumption. Thanks, video games.