I remember my first Xbox Achievement like it was December 12th, 2006. It was ‘Completed Training’ from Call of Duty 2. What I did not know at the time was the Pavlov’s Dog effect that particular sound and graphic combination would have on some people. Not me. Now I will tell you that at the time of writing this post I have a robust or pathetic (depending on how you look at it) gamerscore of 15,956, but only a 36.54% completion percentage. That’s because I don’t feel achievements should be a factor in the gaming experience.

Search Parties Are For Missing Kittens

The biggest reason I don’t whore out my achievements is because of the search party achievements. I really could care less about where someone left their random flag, pigeon, or placed a medal I need to shoot. 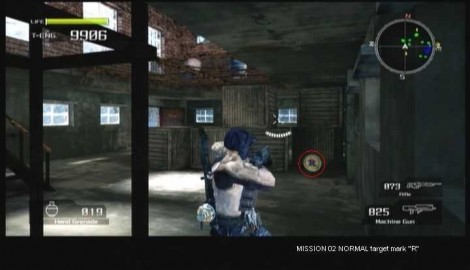 I only tried hunting for achievements in BioShock and Lost Planet. I wanted all the tapes in BioShock so I could see how twisted Atlas and Andrew Ryan really were, and it made sense since it added to the story. With Lost Planet, I really wanted to get 100%, but I just got bored with looking for discs and trying to win at online game modes that I just wasn’t good at. I would rather replay a game to get a good or evil achievement. I have all three Karma ratings up to level 20 on Fallout 3. I played the alternate ways because I liked the game so much. I get hooked on the alternate story plots based on your alignment in games like the ‘Wild Card’ story plays out in Fallout: New Vegas (which just happens to be an achievement). I find pursuing the side stories more fun than finding as much cloth as I can for Altair to wipe his rear with. The reality is that watching paint dry would be more enjoyable than pointless collecting. Hunting for random objects adds little to no value in a game. The only hunting in a game that was fun was the actual hunting in Red Dead Redemption.

Let’s face it a lot of games now are telling fantastic stories. The stories are so good that I don’t need achievements to enhance my experience, or change my gameplay style. They act more as an added bonus. It’s not like I read the Mass Effect 2 achievements list before I bought the game just to make sure I didn’t miss out on the 5 pts for “Fashionista’. I just wish Shepard had more clothing options. His boots were so 2182. When I play story based games I have a play my own way. I am not going to play The Force Unleashed to make sure I kill 100 enemies with the saber throw.  That game was barely worth the one play through.

Where do all these random boxes come from?

I doubt your impressions of these games would have been altered by achievements. I will admit that Microsoft adding the achievement element is a great idea to help get people hooked into games, and probably enjoy some games more than others. Getting me hooked on games, however, only took mushrooms and turtles.

It’s not all bad