The music games genre continued to take a beating this week with lots of layoffs and the death of the lesser franchise, and Sony finally (and unremarkably) reveals their “PlayStation Phone.” Cole reminds us that while the children are important, not every games is necessarily intended for them. 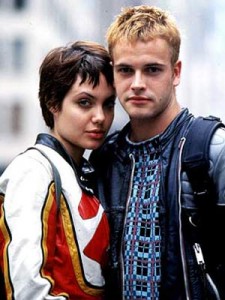 Thanks you for the help, Kevin

21 headlines distracted us and here’s the best from that list:

Harmonix hit with layoffs, intended to align with ‘current product development plans’ – Joystiq
Seemed inevitable. Here’s hoping they find some stability from here on out.

Dark Void Devs Prepping The Darkness 2 for Fall 2011 Release – Piki Geek
I was with you until that Dark Void developers part.

Preview: Dragon Age II – Destructoid
This game officially has my attention, and has my spare time on notice.

Activision axing Guitar Hero and True Crime; Freestyle Games reportedly hit with layoffs – Joystiq
Not that I like layoffs, but nice to see the inevitable death of Guitar Hero finally.

‘World of StarCraft’ mod reborn as ‘StarCraft Universe’ – Joystiq
Happy ending is probably a much happier beginning for this guy.