When video games first grew in popularity, they were looked upon as children’s toys. Sure, there was a small pocket of adults that bought into the phenomenon when their favorite arcade classics were available on home consoles but society as a whole regarded video games as a child’s pursuit. This opinion lasted for many years, until those children grew up to be adults contributing to society at large, yet still playing and enjoying their video games. Game developers and publishers soon realized that these game playing adults had a lot more disposable income at their grasp, and could afford to buy more games then their kid counterparts. Thus, the dawn of the mature game.

When mature games like Night Trap, Mortal Kombat, and Doom hit the scene, there was no rating system. Because of the outcry of concerned parents, the Entertainment Software Ratings Board (ESRB) was created to slap ratings on all games. 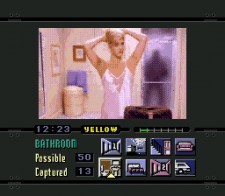 These ratings help ignorant parents determine whether or not the game they are about to purchase is suitable for young Billy or Jenny to play. While I think the ratings do some of the things that they were set out to do, kids are still going to get their hands on mature games. That’s why it is up to the parents not to wholly rely on ratings when it comes to figuring out what content is right for their kids and which content is wrong.

Justin mentioned on the podcast this week about the story Fox News wrote asking “Is Bulletstorm The Worst Video Game in the World?” The writer of the article John Brandon, asked Dr. Jerry Weichman, a clinical psychologist at the Hoag Neurosciences Institute in Southern California, what his thoughts were on the game:

“If a younger kid experiences Bulletstorm’s explicit language and violence, the damage could be significant. Violent video games like Bulletstorm have the potential to send the message that violence and insults with sexual innuendos are the way to handle disputes and problems.”

Does Mature mean anything to you?

Really? Well maybe Bulletstorm wasn’t designed for kids. All the naysayers in the news media always look to the publishers and developers for the blame when they make a mature game meant for adults. Does Fox News really need to bring out this tired rally cry whenever a “mature” game is on the horizon of being released? Do they realize that because of this story more people now know that this game actually exists? Sure, hardcore gamers and people who follow the gaming industry already knew about this game, but what about the kids who just like playing games without really knowing what’s coming out. I think Fox News is more to blame if children get to play this game, not Epic or People Can Fly.

In fact, EA’s vice president for public relations Tammy Schachter had this to say about Bulletstorm and the Fox News reaction:

“Epic, People Can Fly and EA support the right of artists to create works of entertainment fiction for consumers of all ages, including adults who enjoy action adventures like Bulletstorm. Much like Tarantino’s Kill Bill or Rodriguez’s Sin City, this game is an expression of creative entertainment for adults.”

Creative entertainment for adults is the best way to describe games of this nature. The blame of child exposure should not lie with the creators. They are clear in their marketing that this and games like this are not intended for children, no matter what Fox News and other media outlets might think. That way of thinking is old school, and they need to realize that video games as a whole isn’t just a childhood activity anymore. 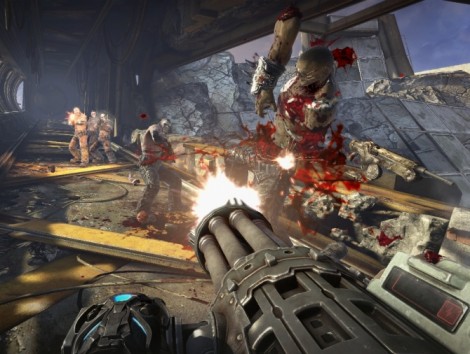 Not rated E for Everyone

In response to Justin bringing the Fox News article to light on the podcast, GiffTor brought up Eminem. People had asked Eminem why he uses such vulgar language and imagery in his raps, and the influence that that might have on young children. He responded with something to the effect of “you let kids listen to my music? I don’t let my daughters listen to it.” All this comes down to is parenting. If parents are worried about the effects of a violent game on their child, be more involved in the types of video games your kid is playing and interested in. Talk with them on a regular basis and let them know what they might see is fantasy and should remain so. If that child is mentally unstable, recognize that fact before exposing them to violent and/or sexual things. Parents have the responsibility here, not the publishers or developers. They are in the business to make money, and therefore are not wholly responsible for the raising or welfare of children.

Make better decisions parents, and think of the children.

7 Comments → Think of the Children: Games Aren’t Just for Kids