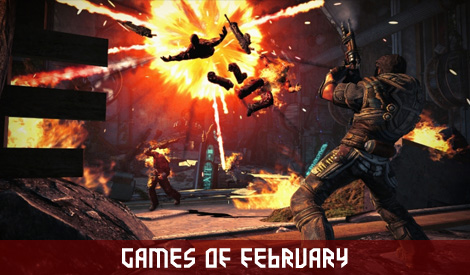 Did you catch your breath yet? Does your wallet have some weight back to it? February isn’t going to wait on you to finish those holiday games. It is here and these games are ready to get in your face whether you are prepared or not. We’ve taken a look at the upcoming releases and listed our stand-outs below. Then, we make our case as to which of these games deserve your game time.

Here’s What Has Our Attention this February

JDevL – I don’t know what dicktits are, and I’m not going to think about it too hard either. Chances are if you think too hard about any aspect of Bulletstorm you really aren’t going to enjoy this blissful and chaotic experience. The time is right for some mindless but skillful killing. I can’t wait to get into some bloody leaderboard battles with my friend’s list while learning about the true flexibility of my favorite curse words. 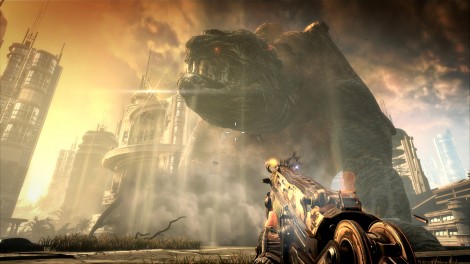 Some big nuts to kick

Coopopolopolis – Bulletstorm is really the only thing that has my attention in February.  After Red Dead I need some mindless competitive shooting to change up the pace. I really don’t see how you can go wrong with that game.

Colefacekilla – This will be sacrilegious to say on this site, but as cool as I think Bulletstorm is, I don’t know when I’m going to play it. That might be a game I pick up during the doldrums of Summer. I will see what everyone says about it and then make the decision. 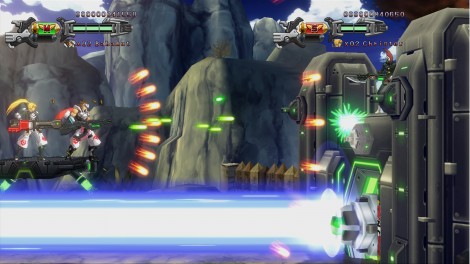 GiffTor – Since Contra: Hard Corps was my favorite Contra game (probably because it actually came out for the Genesis) despite it’s brutal difficulty (the U.S. version didn’t have a health bar like the Japanese release), I’m psyched for Hard Corps: Uprising.  The side-scrolling shooter is a formula that really doesn’t need to be tweaked, but I’m still a sucker for seeing modern graphics on the kind of games that I used to play in 8-bit.  They’re shiny. It’s not just nostalgia that makes me want to play this – Arc System Works’ engine looks like it’s a workhorse and when it comes to a sidescroller, a great engine is critical and not just for the pretty bits.  If you end up with an underpowered or sloppy engine, you end up with missed jumps and enemy bullets that “skip” and then you end up with broken controllers…and we all know how much I hate those. Hard Corps: Uprising releases two days after Valentine’s Day…and everyone (should) know that nothing says “I love you” like a gigantic, crazy 2D side-scrolling boss battle with the greatest weapon ever created, the Spread Gun.

Wizardtrain187 – The other game that I will be jumping on is Hard Corps: Uprising. I’m a huge Contra fan and despite a vastly different art style, this game looks to hold true to the Contra legacy. I’ll be interested to see how the action stands up and whether its as over the top as Contra 3. I hate to say it, but I’d be dissapointed if I can’t ride missles and shoot giant turtles.

Colefacekilla – Hard Corps: Uprising has a really great look to it, and as everyone who has anything to do with Horrible Night knows, I love me some Contra. But that love doesn’t mean I go out and buy any Contra game that comes out. I’m very selective and as with many of the games on this list, I’ll take a “wait and see” approach. 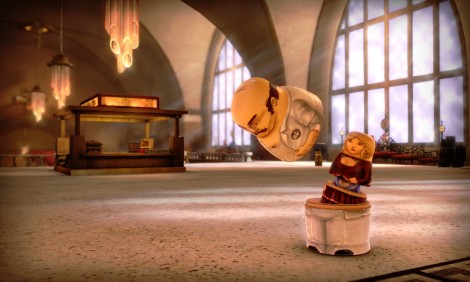 Makes sense to me

JDevL – I’m a Double Fine fanboy and I’m loving having more bitesized games from them. If Stacking was made by just another developer, I probably wouldn’t give it a second glance as the game just looks odd. But being able to solve puzzles by taking on the different personalities of the different stacking dolls is going to be at the very least, a unique experience. You can bet it’s going to be damn funny, too.

Robeque – I’m not sure if I’ll buy this or not, but I’m definitely interested in it. One, because it’s from Double Fine. Two, it just looks interesting. Honestly I don’t know that much about it other than those two things, but it’ll be worth checking out.

Colefacekilla – Stacking is interesting because it’s a Double Fine game and I’m sure it will be decent. I don’t quite understand what the game is about but that hasn’t stopped me in the past. 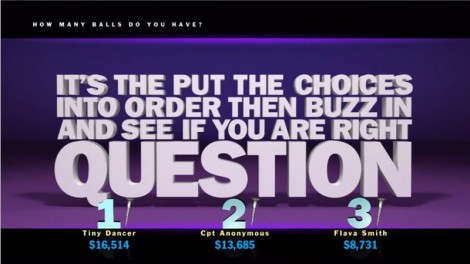 You Don't Know Jack, but you should

JDevL – I always enjoyed the presentation and humor of the You Don’t Know Jack series, and ever since 1 vs 100 went away the Xbox has lacked in the worthwhile trivia game genre. At $30 YDKJ is an unexpected but welcomed purchase this month.

Wizardtrain187 – Dungeons is going to be a release day pick up for me. I really like games where I can build stuff, especially when that stuff is freaking dungeons. That game definitely won’t help my unfinished games list.

Colefacekilla – I will most definitely be getting the Gears of War Triple Pack. I beat the first one way back when I owned the 360 the first time around but missed out on the second. I can’t wait to get into some Co-op with the Cursed to get Gears 2 done before the third game comes out.

Coopopolopolis – Killzone 3 also peaks my interest mainly because for some reason I’ve always liked that series.  I think it started because I didn’t have an original xbox and Killzone was my “Halo” for PS2. I did see some gameplay footage and it looks really good. But it doesn’t hook into my XBL gamerscore so the reality is I’ll play a demo and that’ll be it.