Meanwhile… we’ve actually been playing games. Each week we recap our recent gaming experiences and tell you what we’re looking forward to, so you can use your time more wisely than we have. We are taking care of business, playing what we want, when we want, but finally making progress with our 2010 collections. It’s a good thing, because we are all looking forward to some of the early 2011 releases, if we haven’t already. This week our guest gamer is EndlessBen who is about to understand why he bought a PS3. 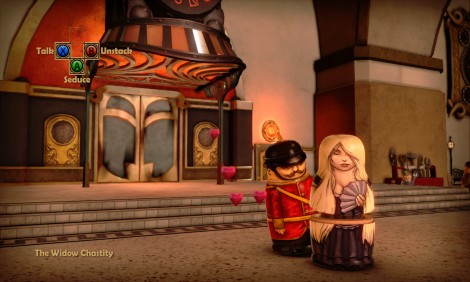 The next month or so is looking pretty heavy on the downloadable front, but this week the game I have the most questions about comes out, Stacking. Double Fine’s second downloadable release has in interesting take on the puzzle genre. Set in the 30’s the user controllers nesting dolls to solve puzzles by sneaking up on and jumping inside other dolls to steal their abilities. It’s hard to tell from the previews how much variety there is to the gameplay and puzzles, but Double Fine does know how to put together an entertaining adventure. There’s no way I can resist them, so I won’t even try.

I did start a 2nd playthrough of Dead Space 2 while I’m letting my brain simmer a bit longer on the review. I didn’t expect to pick it back up so quickly, but let’s face it, I find dismemberment and impalement incredibly satisfying. Of course, I also broke my WoW drought and we continue to near the end of the original game.  We are starting to look for a larger guild so we can play with more stable groups, as fatigue has finally set in on playing with strangers. 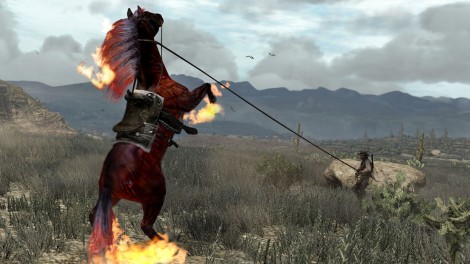 Gotta get me one of those

I’m resigned to being the most boring member of the “What Are You Playing” crowd the great majority of the time and here’s why: I’m still playing Red Dead Redemption exclusive to anything else. I’ve almost completely wrapped up the Mexico part of the campaign and haven’t even delved into Undead Nightmare. Some of Rockstar’s GTA lineage is really starting to show through… which is mostly okay, but as a completion-ist, some of the repetition/interruption of the story flow because I don’t want to screw around with going back to Mexico one I open up Twin Pines is getting a little tiring. Killing armadillos, however, is not.

Bulletstorm comes out this month and I am looking forward to it, although I have no recollection if I’ve pre-ordered it or not – it may have to wait, though, since February is looking like one of those months where my schedule is booked in 15 minute increments. Other than that, I think I’m planning on downloading the newest iteration of Contra… if I can separate myself from the story of John Marston long enough to think about another game. 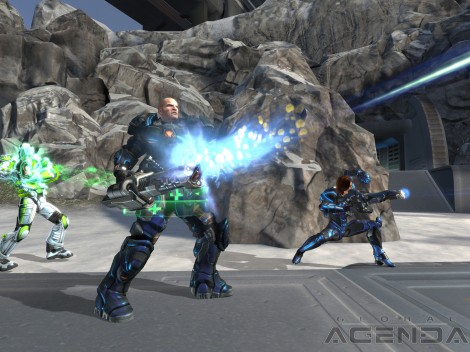 In addition to messing around with the Dawn of War 2 Retribution beta (see my preview for more details), I’ve actually put a lot of time into Global Agenda now that it no longer has a monthly fee. Its an interesting game that combines aspects of an MMO with more action oriented gameplay. The look and feel of the game reminds me of an improved Hellgate: London, but with enhanced soldiers and robots replacing the hellspawn (a disadvantage in my book, but I’m a sucker for monsters.) I could actually see myself getting sucked into this game for a long period of time, which means its yet another game that was off of my radar yet still distracting me from my ever growing gaming to do list. Dungeons is out this week, but may not hit my list yet do to a rather expensive pub crawl a few weekends. Even extreme gaming enthusiasts need to be sensible with their spending and wait a bit longer for anticipated titles. 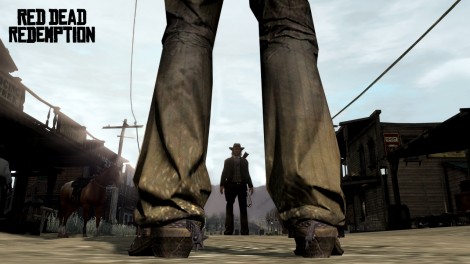 Like GiffTor I’ve been playing Red Dead Redemption and nothing else. I started a new game last week and it’s been fun jumping back into John Marston’s skin and leading him through the Old West. Some of the early missions are boring but I know the characters I’ll bump into down the road will be worth wading through the beginning of the game again. It doesn’t look like I’ll be playing much else this week. I’m usually a one game at a time kind of guy but maybe I’ll get back into some NBA Jam for a quick hit. 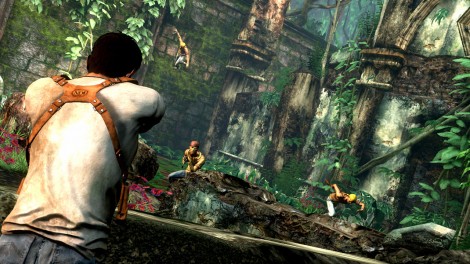 Hanging with the Drake

Hey, I’ve actually been getting some playing time in lately! Not on anything new, mind you, but I did manage to finally make my way through Uncharted. I really enjoyed it, though I hope the second game makes some improvements on the play control a bit. Yes, Uncharted, I did in fact mean to jump just to the left of that really obvious ledge and go plummeting to the jagged rocks and roaring river below. That is exactly what I meant to do. And while we’re at it, Uncharted, I swear to god I just shot that guy in the throat. Why is he still shooting at me? Anyway, I am looking forward to starting the second one, which is really what inspired me to get this PS3 in the first place. I’ve also been making my way through Assassin’s Creed: Brotherhood when I can and I now have a full, kick ass cadre of trained and lethal assassin’s at my disposal. I’m also still having great fun with the multiplayer, though I don’t jump in as often as I would like; I get too engrossed in the single player story. Beyond that, my mobile gaming has included a new one this week, Fruit Ninja. Nothing terribly exciting but a good time waster on the train for me.

There’s not a whole lot that looks really enticing to me coming up this month. I’ve got a birthday coming soon so hopefully I’ll come away with a few “new to me” games but as far as new releases, I like games where you shoot things so I’m looking forward to Bulletstorm. I downloaded the demo the other day but haven’t had a chance to get into it yet. The lack of new releases for me on the horizon seems like a good thing, though, as I have plenty to work through before I start spending money on new games.