The cloud annoys me, but I got a bit excited to hear it used in reference to console gaming this week. We also got hit head on by a Wizardtrain this week, as Ethan punched us in the face with more original articles than we knew what to do with. 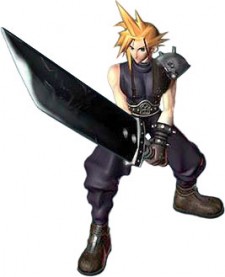 This Cloud doesn't annoy me

23 headlines distracted us and here’s the best from that list:

“Cloud” Save Games On PlayStation 3? – G4
Trump em, Microsoft, offer this for everyone and it’ll get more people online, too.

Star Wars: The Old Republic Delayed; Would Be ‘Substantially Profitable’ With 500,000 Subscribers – Shacknews
All this stuttering is starting to concern me that something just isn’t working over there.

Bulletstorm Opens Fire On Military Shooters With COD Parody – GameInformer
Caught this before I realized Bulletstorm was behind it, much funnier now.

Halo: Combat Evolved remake coming this holiday – Joystiq
Anyone surprised? Although, if they do plan on redoing Halo 2, too, they should release both at the same time.

Metareview: Killzone 3 – Joystiq
Still not sure what to make of these numbers. Although, I didn’t like Killzone 2 at all, so…