I have a confession to make.  If I had directed the amount of time that I have invested engrossed in the plot lines that you produce into something like “working” or “studying,” I might be one of those obnoxious 30-year old multi-millionaires, but I don’t toss and turn at night wishing I had spent my time any differently.  I’ve got a jones for post-apocalyptic settings that, if you’re interested, has a causal relationship with how many times I watched The Omega Man growing up. 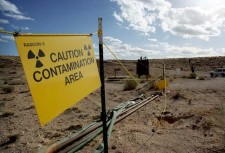 This is a great weekend getaway for GiffTor.

I love fighting off roving bands of scavengers and splattering irradiated mutant brains in bombed-out cities and nuclear dead zones so much that even really crappy aiming systems haven’t kept me away…but when I combined a half-bottle of wine with Underworld Evolution and The Dangerous Book for Boys, I realized that, except for Warren Spector, you seem to have developed a view of humanity that is so skewed that you are: Alien Observers, Serious Professional Wrestling Fans*, desperately in need of a Thorazine refill, or all of the above.

I can understand if you’re confused how I could think about how humanity would react to a collapse of civilization when Kate Beckinsale is dressed in skintight vinyl and the answer is simple – she wasn’t on screen.  Who was on screen was the progenitor of all vampires (who happens to be the twin of the father of werewolves).  He was in the middle of killing his father while expounding on the glorious rise of the vampires and werewolves and the subjugation of humanity when it dawned on me that vampires are parasites and, like ticks, don’t build rocket ships.  According to you, if some apocalyptic event occurred, humanity wouldn’t get back around to it either.  We’d turn into rats, scrounging for food, kidnapping mates from rival clans and using the abandoned plasma rifles left by our ancestors until the “magic” was gone.  (Actually, that’s not fair to rats – as far as I know, they have never forgotten how to produce plasma rifles).

You’re wrong and Sid Meier, Warren Spector’s genius in the original Deus Ex and the first 30 minutes or so of 28 Weeks Later are right.  Across cultures, humanity reveres builders and creators of order and there’s a reason for that: being carried off by marauding barbarians or eaten by a pack of wolves because you don’t have city walls and guards sucks, and if you’re worried about being eaten by wolves, it’s hard to come up with the general theory of relativity.

King Arthur (actually an amalgam of Romano-Celtic kings) fought off the Saxon barbarians after Rome withdrew; Confucius, rallied for leaders based on their moral grounding and concern for their duty to the people and Hammurabi encoded laws that applied to all of his citizens and spent quite a bit of the treasury building public works to benefit his people.  I assume you’ve heard of them. 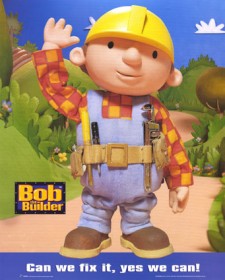 Why do we fall down? So we can learn to pick ourselves up (not to go all Beyond Thunderdome).

The Civilization series and Minecraft are light-years apart in spit-and-polish, but both of them appeal to the simple pleasure that we all get from building things; it’s inherent to all of us and when Rome burns, we rebuild, even if it takes a long time.  By my count, civilization has “fallen” at least 8 times since recorded history began if you include the rise and fall of disco, yet warlords, a celebration of ignorance and worshiping ancient technology as holy relics only seems to stick around so long.

“GiffTor,” you say, “We appreciate the idealistic presentation of humanity, but we’re busy re-working Wasteland for Christmas 2011.  What does this have to do with us?”

Superior Firepower at the Library

First, I’ve got a reading assignment for you.  I know you’re itching to open up the newest WWE NEWS!!!, but check out Ill Wind, The Postman, and I Am Legend (the books, not the crappy movies [even though Tom Petty was badass]) and tell me that there’s not room there to make a civilization-is-in-shambles game where humanity acts like humanity.  Rampage was great, but it’s been 25 years or so – don’t you think you can give me a humanity-humbled-after-hubris scenario where I can use shock plasmids to protect my clan from the Morlocks, help the order created by my enlightened city state grow and re-learn how to build the Rheinmetall M256 Smoothboore Gun by raiding Nosolises‘ nests for the advanced engineering textbooks that they use to make their nests?  I’d like to blow up the love-child of HR Geiger and Georgia O’Keefe for the good of restoring civilization once in a while, you know?

I hope you can understand that this in no way means that I’m going to stay away from the plot lines that you churn out in which my guilt at triggering a dormant warhead in the center of town is mitigated because no one in the town has bothered to build out of anything but garbage, just keep in mind that you can do post-apocalyptic without being dystopian.  There’s beauty in the breakdown, but rebuilding a society while wielding a Match-Accurized Knight Armaments AR-10 can be sublime, too.

P.S. – If you want to include rescuing Kate Beckinsale from a gang of leather-clad motorcycle-riding thugs as a pre-requisite for restoring order to the world after a cataclysmic event, that’s okay with me.

*The kind that think that all of the theatrics are real.