I know I’m behind on the times, but I just recently downloaded the Super Meat Boy demo on Xbox Live after much fanfare from JDevL. The first few levels were pretty standard platformer action, but it’s what happened around the fifth demo level that truly blew my mind. The game was insanely difficult, I died about a thousand times, but I never got frustrated to the point of anger and/or controller directed violence. Does that mean I finished the level? Nope, I was absolutely stalled at that point in the game. 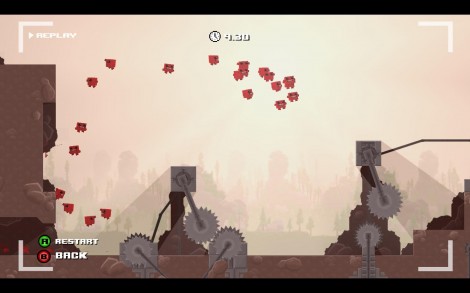 This game is comically difficult

I wouldn’t call myself a gaming savant, but its been a while since I‘ve been truly stuck in a game. Save systems and check points seem to have replaced the extra lives and continues of yester year and frankly most games aren’t all that tough anymore. It probably doesn’t help my case that a save system is usually a prerequisite for purchase, which has poisoned my feelings for old school games. When I do find myself struggling, it tends to be the result of cheap game play elements. Even difficult puzzles become the victims of my internet detective skills, so that feeling of satisfaction has kind of been lost over the years.

Skynet may not be the biggest threat

It’s not to say that the increased importance of plot and freedom in most games hasn’t been a worthy successor to the glee of having finished a difficult section or boss, gaming is just different nowadays. I believe the big thing is that difficulty is not posed by an AI component but by the increased focus on human opposition. Those that settle on single player experiences will more than likely see less and less challenge as multiplayer games continue taking the spotlight.

Being good at a game doesn’t mean just finishing a level anymore but actually being better and competing against other individuals through leaderboards or directly online. Playing a quick game of StarCraft 2 brought this idea to light very quickly. I got torched within ten minutes, but it still didn’t feel the same as it did with Super Meat Boy. It probably didn’t help that my opponents typed “ROFL” in the text box upon victory. 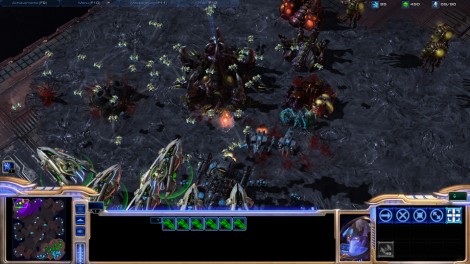 This is not to say that I couldn’t just increase the difficulty level on some games, but even then the difficulty doesn’t actually increase, the enemies just get tougher. Tough enemies do make things more difficult, as the challenge in Super Meat Boy was something altogether different from extended health bars or bullet resistant bad guys. It’s like the levels hated me and gained power whenever I died. It was intelligent difficulty and not the kitchen sink approach that some games take.

I jumped back on Super Meat Boy many more times after that session and continued to die again and again. It hasn’t necessarily changed my feeling for the Fallouts and Crackdowns of the world, but during a time of game fatigue, it really helped me remember why I played in the first place. Achievements and 100% completion don’t have to be my only motivation for playing a game anymore, just beating a single level in Super Meat Boy is something that feels just as satisfying.