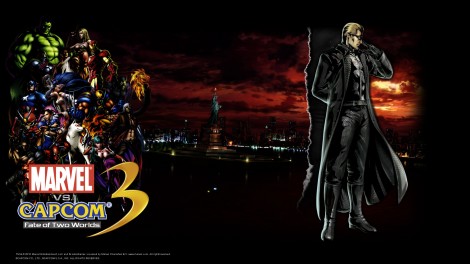 I knew Wesker was still alive.

One of the most insane video game series of all time is getting a new entry on this generation of consoles. Marvel vs. Capcom 3: Fate of Two Worlds is due to be released soon, on February 15th. If you’ve played any of the previous games in the series, you know that all sorts of craziness abounds just in terms of the characters involved in the games. The third game will be no different in that it will offer over 35 characters including: Ryu, Wolverine, Albert Wesker, M.O.D.O.K., Mike Haggar, and Iron Man, just to name a few. 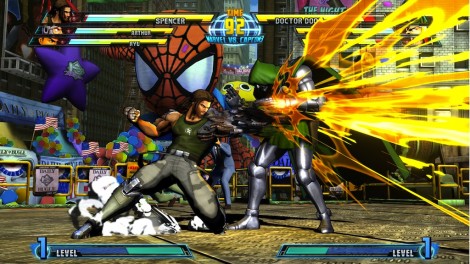 Why can't this happen during the Thanksgiving Day Parade?

Story isn’t that important in fighting games, but I’m interested to see what Capcom comes up with. Nonetheless, it is sure to be interesting, if not outlandish. I just hope the barrier of entry is lessened. The first and only time I played Marvel vs. Capcom 2: New Age of Heroes, I got my ass handed to me. However, the combination of two of my favorite things, Capcom and Marvel, has me salivating.

Marvel vs. Capcom 3: Fate of Two Worlds will be released on the Xbox 360 and PlayStation 3 on February 15th.