Hey all you portable gaming gurus out there, did you know that Sony’s hot new thing was announced last week? Of course you didn’t know, Horrible Night hasn’t covered it yet. But now that we are, you’ll know everything there is to know about the PSP2 or as Sony likes to call it the Next Generation Portable (NGP). Well, we are going to cover it the only way we know how, with sarcasm and derision. 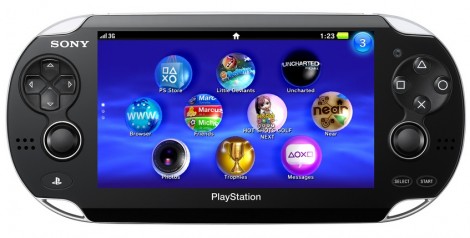 What Has Come Before…

I know it’s exciting for new gaming tech to be announced, but seriously how many people do you know own a PSP? I can count that number on one hand, make that one finger. That person happens to be someone who has not reached high school age yet. A couple of years ago, I moved into a rental house only to discover a drawer full of things forgotten. In that drawer, about 5 PSP games sitting long abandoned. For a gamer to leave games behind, shows the power of the system on which those games are played.

There has never been a moment in the past 6 years where I’ve wanted anything to do with the PSP, this coming from a pretty big Sony fan boy (at the time of its release). Even the biggest Sony fan boy I know, The Prophecy, hasn’t even given the PSP a minute of his time. Why would we? Nothing about the PSP appeals to us, and yet here comes the successor.

I have to give Sony their due. I am impressed by the technology that they’ve put into the NGP. Being able to reproduce PlayStation 3 quality graphics on the go is quite amazing. Yet why do I still feel like they are missing the boat on what anyone wants? At the risk of projecting my beliefs on the rest of gamer-dom, does anyone really think that this will compete against the iOS handhelds or even Nintendo’s 3DS?

First of all, the tech used to build this machine is expensive. There have been rumors of a $600 price tag that Sony has already shot down, but they won’t be able to sell it for much less than that and still make any kind of profit on the NGP. Here’s a list of some of the tech they have included: 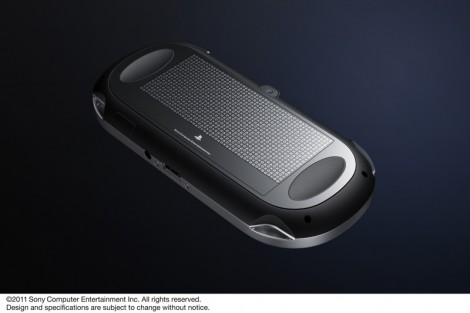 Touchpad in the back? OMG!

All that technology in a portable gaming machine but can it make phone calls? I kid, but you have to admit it definitely has the tech to compete with any of the other devices on the market today. Yet, in my eyes still falls short.

I have to wonder whether or not people are actually excited for the NGP to come on the market or are they just excited because it’s a new gaming machine from Sony. We all remember the launch of the PS3. It too was an impressive piece of video game technology, yet the price tag kept many of us away…initially. Will the same fate befall the NGP when it finally hits stores? Unless it can be sold for the same price as the other popular mobile gaming platforms, it has no shot at competing and we will see Sony falter again.

At the event announcing the NGP, Sony showed off the possibilities of what games will look like if developed for the system. Metal Gear Solid 4, Uncharted, and Lost Planet 2 were games that were shown running on the new hardware. Impressive, no doubt but you have to ask yourself how much these games will cost. We all know that developing games has become very expensive and the companies behind the games need to see profit on those developments. The more technology used, the higher the cost. Developers will have to pass that cost onto the consumers which will mean a cost increase for portable games. We’ve already seen this happen going from last generation to the current one and to the DS to the 3DS.

Do I think the NGP will be a success? No, I do not. And I like to think I have a pretty good grasp on what gamers are interested in.  I think the barrier of entry will be to0 high for the non-hardcore crowd to dive in because of the cost. My main question reading about this device remains “Who is this for?” I don’t have that answer yet and won’t until it finally reaches gamer hands.