Sony must think there’s something else to this handheld market, and reviews of the first big titles of the year start rolling in. 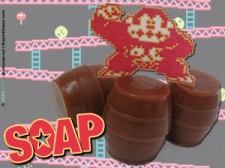 22 headlines distracted us and here’s the best from that list:

Review: Dead Space 2 – Destructoid
So weird to see Sterling glowing like this, but I’m glad to it happened for Dead Space 2.

Two Worlds 2 review: One world of difference – Joystiq
One of the most entertaining reviews that I’ve read in a while.

Bulletstorm/Crysis 2 demos on Xbox Live – Destructoid
Big day for EA with Dead Space 2 out today, too.

Review of LittleBigPlanet 2 – Giant Bomb
I’m getting in my fight against picking this up. People are just making way too cool of levels to ignore it for long.

Kongregate app returns to Android App Store – Destructoid
Whew, at least they offered up a decent explanation and the app still can work as intended.

For gamer’s who like to keep clean – Donkey Kong Soap! – GameCulture
Love it when our friends at Geek Soap get well deserved attention.

PSP successor is official, codenamed ‘NGP’ (Next Generation Portable) – Joystiq
And no one is shocked.

Brink and Hunted: The Demon’s Forge get Summer Release Dates – Co-Optimus
Demon’s Forge is gonna surprise some people, and Bethesda has a helluva lineup this year.

Next Kirby Wii Game Revives Classic Gameplay – GameLife
Not that there was anything wrong with Epic Yarn, but Kirby deserves a traditional game, too.