Looking back to my childhood brings memories of adventure to the forefront of my brain. Traipsing through the woods, I often found myself lost in thought as I imagined what creatures might come across my path. Becoming an adult doesn’t allow much time for those quest dreams. Certain adults look down upon children with vivid imagination because that creativity could get you into trouble. Just when I thought I was getting to old for a grand adventure,  I was reminded of the lessons I learned from Secret of Mana.

The Lessons of Secret of Mana 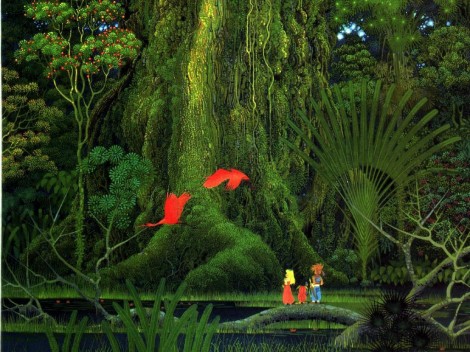 There are a few popular reality TV series on cable right now that appraise the value of historic items. If you have a cast iron toy from the early 20th Century, you might have something worth a couple hundred bucks. However, sometimes old beat up weapons can have more value than you have ever imagined. All it takes is the right blacksmith and a magical orb and you could have yourself a legendary weapon in your hand. If you happen to run into a ghost while off on an adventure, and that ghost tells you to pick up a rusty sword, just do it. You might be in possession of the Honjo Masamune or Excalibur. Thanks, Secret of Mana.

When I first moved to California with The Prophecy, he and his girlfriend’s family were the only people I could consider friends. After 8 months of living there I moved to a college town and found work at a bar. If I would have stayed in the place I originally moved to, it would have taken me a lot less than 7 years to finally end up back in Indiana. The reason I stayed was because of the friendships that were created and they became an important part of my life. What I hadn’t realized was how important having a group of friends to help me in times of need actually is. What finally made me realize the need for friends was when I fired up the SNES and popped in an old companion. Thanks, Secret of Mana. 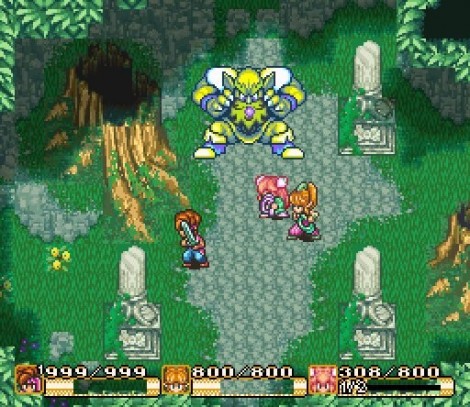 I couldn't do it without you guys!

Cannon Travel Is An Option

Having recently been on the longest road trip of my life, I wish there was an easier way to get from one place to the other. The methods we currently have at our disposal, flying and driving, can be more of a hassle than their own worth. Travelling in tubes would be something I’d be interested in, yet how would you clean them? I’m no germaphobe but there are some people I just would not want to follow into a tube. Which brings me to cannon travel. If you can get past the owners of the agency that happen to all look the same, then by all means go for it. The germ thing won’t matter because each blast would kill any of the previous occupants stink, so there goes that argument. Cannons can blast you from place to place, all it requires is a little coin to purchase the trip and you are off. Don’t worry about the landings either, you can just roll through them and not be injured. Thanks, Secret of Mana.

If you’ve ever come across a Furry before, you already know the lesson I’m about to share. For those of you who haven’t, it’s a human being dressed up in an animal costume. Actually, that’s not completely accurate. It’s “the fandom for fictional anthropomorphic animal characters with human personalities and characteristics”. If you need further reference, it’s like a sports team’s mascot, only much more creepy. They have furry conventions, and thanks to a documentary I may or may not have watched, I found out that there are people writing furry fiction. 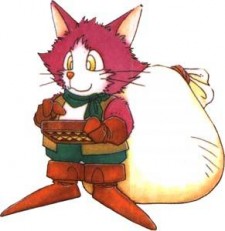 Avoid this friendly looking furry at all costs.

That all being said, if a furry tries to sell you something don’t buy it. It will be overpriced and the quality isn’t going to be as  good as something you could get in town. Thank you, Secret of Mana.

You meet a lot of different and interesting people on your adventures. With some of those people, you’ll want to make friendships that last forever. Others, you’ll want to avoid at all costs. You need to be aware of both types and make the correct decisions along the way. If you happen to come across a furry, just run. You’ll be better off. Thanks, video games.

2 Comments → I Learned Something Today: Secret of Mana