I’m way behind on gaming. In a world where war keeps every country on their toes and the impending Armageddon is a mere 2 years away, this appears to be a small issue, but an issue none the less. At the time of this editorial, I’m attempting to finish Just Cause 2, Red Dead Redemption, Fallout: New Vegas, Dragon Age Origins, Mass Effect 1 and 2, Crackdown 2 and there is no end in sight. See a pattern here? 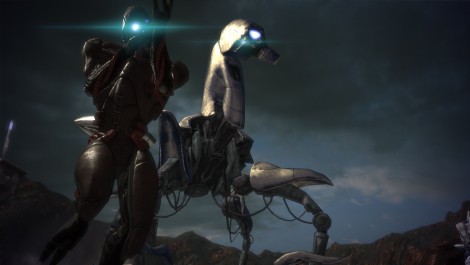 There was a time when games left me wanting more. I dreamed of playing Resident Evil longer than 3 hours and couldn’t imagine a point in time where the length of one awesome game prevented me from playing the next. Yet now, especially with the onslaught of sequels and three-quels coming out, I feel like I’m playing catch up. I guess that perhaps solely picking gigantic games with heavy stories (barring Crackdown 2) is not the best course of action when one struggles with attention to begin with.

It’s obvious that the problem lies within my personality deficiencies, or super powers as I like to call them. I’ve been given the ability to do a wide variety of tasks faster than most, but the kryponite component is my inability to stay focused for too long on any one task without proper structure. Up until I was introduced to the open world genre, games were able to keep me locked in. Once I took a hit of the crack they call freedom, I despised any such guidance or restriction in my gaming. Sure the world needs saved, but my turnip farm needs a bit of love as well. 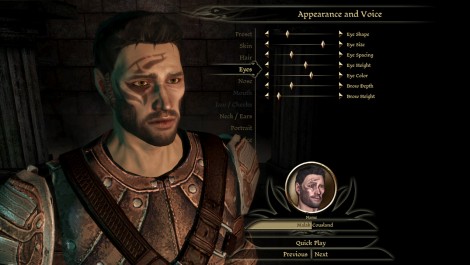 I've spent days of my life on character customization screens.

I’m not a fan of time limits, single paths and “stages” but as I’ve matured, I’ve recognized the positive aspects of those constraints. Does that mean Fallout: New Vegas would be better with them? Nope, but I’d probably already beat it by now (as long as the game play stood up). Still, my bias towards restriction shelved a ton of possibilities for me and continued to clog my list with 40+ hour games that could drain even more time with side quests and achievements. I literally get more office work done. Not saying that’s a bad thing, but shouldn’t it work the other way?

A treatment plan for gamers

It’d be interesting if along with mental health diagnosis, the doctor also suggested activities, etc that would best suite the individual. It’d be even better if there was effort put into classifying what games work and what games don’t in that particular case. I imagine sitting there with a copy of Red Dead Redemption in my hand and getting that stern look over the glasses that says ” Not the best choice young man, you’d do better to ween yourself off open world games and try an action platformer”. A video game psychologist, what a novel idea…copyright Ethan Moses 2011. 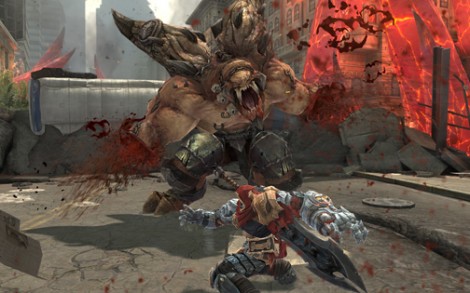 I'd love to see a prescription written for this game

I think a game like Darksiders has the perfect type of game play for dudes like me. A bit of progressive character enhancement, a bit of exploration, all tied together with objectives that are paced well enough to keep me on track. Doesn’t hurt that the game is really fun to play either. I actually beat that game too, which gives it more points in my book and backs up my fake video game psychologist’s theories. Maybe action platformers are my game type, but does that mean that I should ignore open world altogether? I doubt it, but when it comes time for future reviews I will definitely need some supervision.

Perhaps I should deal with the fact that there are games I just may not beat, but for a person like myself such ideas don’t sit well.  I’ve bitten off more than I can chew, but being stubborn I’m doing my best to swallow. Here’s hoping that I don’t choke.