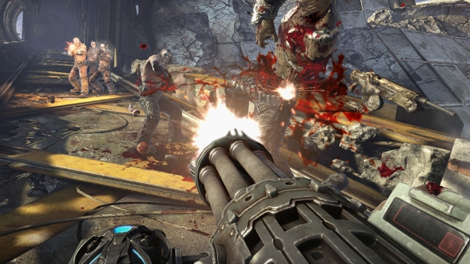 I hope there are enough bodies for my bullets

In a world of boomsticks, headshots, and almost as many wartime shooters as Guitar Hero games, it takes a little something extra make your FPS stand out these days. Developer People Can Fly has done just that with their next title Bulletstorm. I have to say that I was excited about this game as soon as I found out about it, and after getting my hands on the demo I can say that they did not disappoint. The combo system adds an arcade-like feel to the game that’s addictive nature will keep you crawling back for more as you try to top your friends on the leaderboards. That paired with its over-the-top dialogue and one liners that are sure to keep gamers entertained as you work your way through this destructive, and demoralizing bloodbath.

The gameplay felt great as it was extremely responsive and I adopted my killing style very quickly. The weapons are awesome and I found the combination of the energy leash and melee attack (the boot) to be very satisfying. They were easy to maneuver while I was trying to create one of the many skill shots to increase my score. Equipped with a varied arsenal I think there’s a little something for everyone in this one. I was disappointed that I wasn’t able to try out boomstick in this demo, but that leaves me more to look forward to in the full game next month. 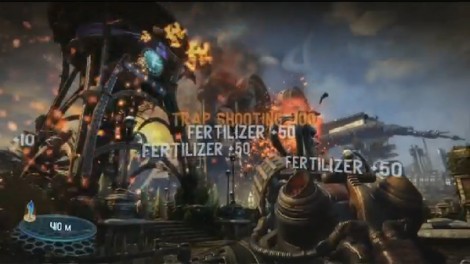 Visually, Bullestorm reminded me of a brighter more colorful Gears of War, but I didn’t find myself really comparing the two at all. Bulletstorm feels like its own game and the demo was a teaser that left me wanting more. My first impression was that they were trying too hard on this one, but at the same time I believe they’re taking the attitude of the game so far that it’s going to work.  This game is completely over the top and will surely extend the vocabulary of gamers with vulgar word combinations you didn’t even know went together.

Bulletstorm is the first game developed by People Can Fly (creators of the Painkiller series) since their acquisition by Epic Games. It’ll be published by EA and is scheduled to hit the shelves on February 22nd for PC, Xbox, and PS3.