Meanwhile… we’ve actually been playing games. Each week we recap our recent gaming experiences and tell you what we’re looking forward to, so you can use your time more wisely than we have. Cole returns to Indiana and to video games, but soon stumbles into old habits. This week our guest gamer is Coopopolopolis. 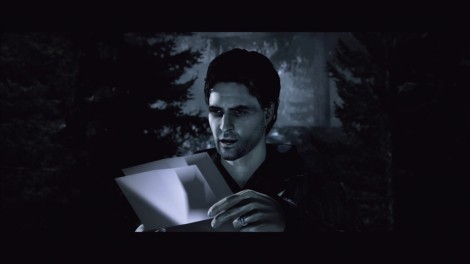 I love video games where you get to watch someone read.

Normalcy returned to the Killa household this past week! I finally got my TV and 360 hooked up and immediately started a game of Alan Wake. Oh, but I already started Enslaved before I moved and have yet to finish Mass Effect 2. I have to get all this done before the Gears Of War Triple Pack comes out in February. There is no time! I only played the first episode of Alan Wake before deciding that Mass Effect 2 deserves my full and undivided attention until I finish it. So for the 3rd month in a row, that’s the game I have played, am playing, and will be playing. I’m doing all of the loyalty missions before continuing on to the main storyline. 2 more to go before I get going! Have I said this game is awesome? 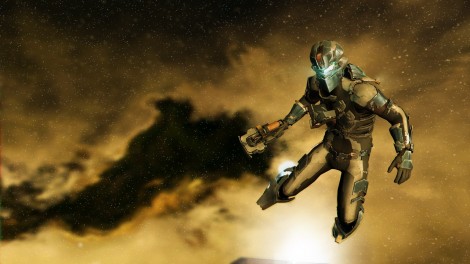 Lots of indecisiveness last week, after holding a few different games in my hands I was still too lazy to get up and put a disc in my 360. Instead, I decided to play a “couple” of levels of Super Meat Boy. Of course, when you die 30+ times on one level a couple of levels quickly turns into over an hour of playtime. I did end up redeeming myself a bit at the end of the week when demoing the game for friends and my skills returned to the point where I was playing out of mind and making the game look a helluva lot easier than it really is. I can’t wait to see reality hit them in the face when they try it out. We also got the fake band back together for some Rock Band 3. The keyboard continues to get everyone’s attention, but it’s frustrating that only 100 of my 700 songs truly support them. We played through the new Stone Sour and Linkin Park track packs and I held back from damaging everyone’s hearing abilities with my Chester Bennington impression.

We shifted our World of Warcraft focus for the week after running two of my least favorite instances, we are going to take a break from the dungeons and level up a bit to get to the original endgame content a bit quicker. I’ve been spending my time in the revamped and flooded Thousand Needles area, and it is the most entertaining zone yet. 4 solid storylines very well paced and navigating a flooded zone is completely different than the other zones I’ve experienced.

WoW is going to slow down a bit the next couple weeks, as all my attention will be on Dead Space 2 when it comes out this week. This is the type of game I want to get engrossed in. I can’t play it in pieces, and I’ll be looking to block off 2-3 nights max to finish it, if my nerves can stand it. Early reviews are looking good, and I’m ready to go crazy with my buddy, Isaac. 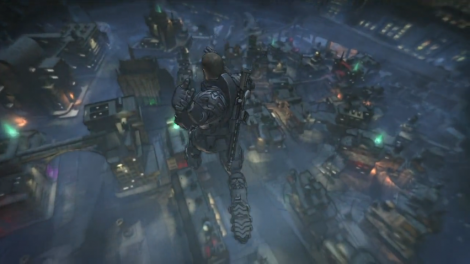 Who needs a chute?

Picked up Crackdown 2 for awhile last week and played a bit in addition to my Minecrafting. I do like the simplicity of Crackdown 2 and would like to test out some co-op play at some point. Other than that, I’ve been anticipating a couple of games, but mostly Dungeons. It will be out in early February and will most likely continue to fuel my bad guy streak that sprang from Spore. 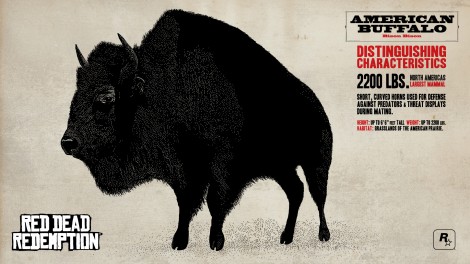 Although I have no intention of reneging on my Assassin’s Creed Brotherhood 100%-Completion statement from last week’s Horrible Show, I had to take a break (partly because the f*$king life-meter is white and leaves a ghost image on my plasma after a few weeks of playing the same game and means that I have to play something else to un-burn it), so I thought I’d pick up something light with a limited time commitment requirement… like Red Dead Redemption.

(I love killing Endangered, Threatened and Rare species in this game way more than someone who works in the environmental field ever should.) 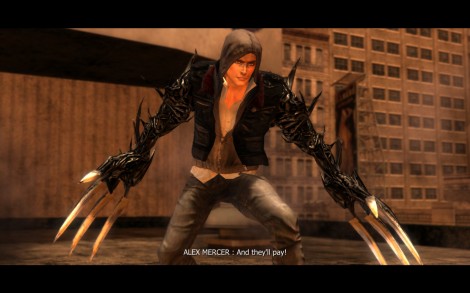 This has been a big few weeks/month for me. It’s really been me getting back into gaming after having a really slow December. I’m trying to catch up and burn through the games I have to make room for some of the new ones coming down the pipe here soon. I actually have been playing a ton this past week. I kind of feel like an addict gorging myself on digital cocaine after not having had any for quite some time.

To start I finished Halo: Reach. I’ve said it before but I’ll say it again that it was definitely the best of the series for me. I really enjoyed that game. I’ve also been playing some Bad Company 2 online with Robeque. I feel really bad that I haven’t given that game more attention. The first was great on both single and multiplayer, and for some reason 2 just collects dust on my shelf. So I’m actually hoping to give the campaign for that one a quick run through here soon.

I know it’s an older game, but someone bought me Prototype for Christmas which I finally started. It’s entertaining. I’ve been digging the open world game setup more than i used to so I’m having a good time with it. It’s pretty much like InFamous only with different powers, but I almost like the darker mood it has more. I am curious how far I’ll make it in the game before the repetitive nature of it gets to me. Until then, I’m having a good time just consuming everyone who crosses my path. I definitely threw the “Nice Guy” achievement out the window (Complete the game while consuming 10 Civilians or fewer). I’ve only beat a few missions and I think that count is over a hundred.

As far as new games coming up I’m extremely anxious to play Dead Space 2, and Bulletstorm. I told myself that I’m going to finish up some games that I have before I buy either so we’ll see how it goes. I’m more excited about Bulletstorm next month so I’ll probably end up picking that one up first. We’ll just see how the timing works out with the games I have right now. I’m sure i’ll stay busy until then.