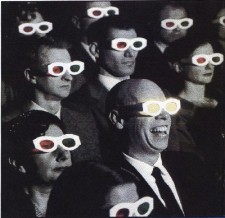 So that guy is the target demographic. I get it now.

Everything 3DS dominated the headlines last week, and the internet helps win a battle for mobile developers. 16 headlines distracted us and here’s the best from that list:

8-Bit demake Pixel Force Halo now available – Destructoid
It’s entirely possible that I like this more than the original. But that’s just me.

Activision Recommends The Closure Of Bizarre Creations – GameInformer
Pour one out for your Bizarre homies.

Stacking Priced and Dated – ShackNews
Double Fine’s next downloadable release is coming much sooner than I expected.

Impressions: Dawn of War II: Retribution – Destructoid
Preview of one of Ethan’s 2011 picks.