So I’ve just put down the iPad for long enough to write this quick review before I get back to blasting zombies with my amazing soccer skills! 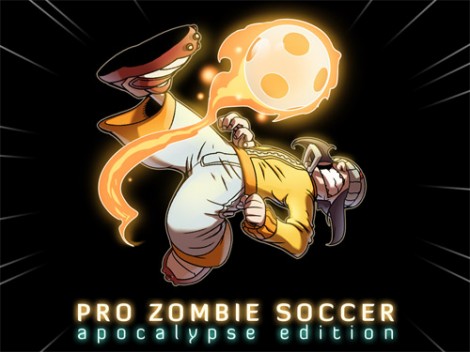 When I first picked up the game I expected it to be just another zombie clone game like all of the rest of the zombie games after Plants Vs. Zombies became popular. I was incredibly mistaken. This game takes my favorite parts of PvZ and Angry Birds and slams them together with a hilarious storyline, awesome graphics, copious amounts of blood, and a drunk, smelly, wannabe soccer player. 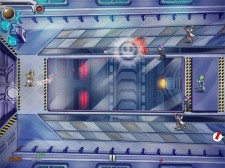 What’s really important is that this game hits all the points that are important to me in an iOS game. 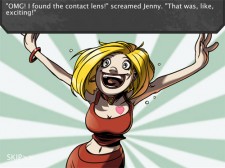 The gameplay itself is fairly simple. You angle the main character’s soccer ball kick at the onslaught of the zombie horde and attempt to blast them to little bloody stumps on the ground. The controls are easy to use and super-responsive. You go through levels of destroying zombies in this fashion and then where the storyline dictates, the gameplay changes to you driving from one side of town to the other on an aero-bike with a blast cannon on it that you control by tilting the device. Other levels include civilians that you must avoid, your crazy ex-girlfriend looking for her contact lens in a mass of brain-eaters, and many other items of awesomeness. Great to see a game with that care and thought to it that pulls you in level after level.

I’ll just say this, I meant to pick it up for 5 minutes, and didn’t put it down for nearly an hour. That combined with the price of $.99 for the iPhone version (doesn’t include quite all of the gameplay elements mentioned here) and $1.99 for the brand new iPad Apocalypse Edition and I give it a 4/5. Now I’m off to kill more of the undead scourge with my soccer ball of righteousness! I wonder if there were shin-guards in that soccer bag, they’d probably help at least a little against the more leg-bitey kinds of zombies…