Mobile games, especially on phones, have never gotten the same attention that their big brothers on dedicated gaming systems get. They get lumped in maybe a notch above browser based flash games. However, both of those platforms are fantastic for developers trying to break into the industry and experiment with new ideas. I dive in from time to time just to have my mind blown or to promote the weirdest idea possible to my gamer buddies.

Things started to really change 2010. Thanks to the iDevices, Android, and the continued growth of XBLA, PSN, and Steam, gamers have a lot more options for consuming a different scope of gaming products. These marketplaces are maturing and pumping out more and more quality titles that are pulling away gamers from larger titles and creating new gamers from audiences that didn’t exist before. These aren’t throwaway platforms anymore. Which means, some of those shady practices that went unnoticed in the past, aren’t going to slip by so easily. In particular the blatant stealing of game concepts that has infected the app stores lately.

Didn’t bother to change a thing

I had never heard of the browser game, The Blocks Cometh. Had I seen it and subsequently noticed the App Store release of the title, I would have applauded HalfBot for porting this platforming/puzzle/action hybrid to a device sure to garner them a bit more attention and compensation for the game. At first glance it looks like a damn good port, but that’s the problem. They did not create the App Store version. Another developer came along, stole the name, art assets, and even took a character from another game and posted it. Halfbot is fighting back, but the game has sold well enough to enter the Top 200. And thanks to Apple’s review policy, you have to purchase the game in order to review it to let people know the game was stolen.

You’re Bigger/Better Than That, Capcom 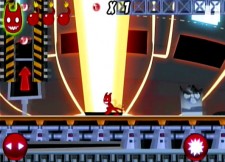 Who are you kidding there, MaX?

Smaller developers stealing from one another is nothing new, but surely an established company like Capcom would have plenty of creative assets at their disposal to have to resort to trying to slip one by on their fans. Sadly, it seems the Capcom loved Twisted Pixel’s ‘Splosion Man even more than we did as they decided to release it for the App Store as MaXplosion. Granted this isn’t stealing every detail like in Blocks, but MaXplosion‘s concept and gameplay theft is just as blatant.

Twisted Pixel was definitely a little bit ticked off by the rip-off, but decided to take the high road in not pursuing legal action against Capcom since jokingly adding “we owe them one for inventing Mega Man.” Capcom in turn released a statement saying that they were “saddened” by MaXplosion and seeks to rebuild the trust of their fans. I’m still not convinced Capcom thinks they did anything wrong so much as they got caught. Game journalists sensationalized the piece a bit more than necessary, choosing to focus on Twisted Pixel’s justified claims that Capcom flat out stole the idea for the game rather than the fact they were not taking Capcom to court. However, it was nice to see gamers come to defense of Twisted Pixel and for the company to have the forsight to not make this any uglier than it needs to be.

Doodle Jump was one of the first iPhone games I played that epitomized the spirit of the App Store. A simple game concept, that’s easy to pick up and play, addictive, and well supported. It continues to be one of the best sellers across the mobile marketplace and the developers, Lima Sky, are looking to take the brand further. The first step in that may have been a bit drastic measure in attacking other games with the word Doodle in the title. With the backing of Apple, Lima Sky went on the offensive against games such as Doodle Monster that they felt were in violation of their Doodle copyright. This is where PR can get messy for up and coming game companies, and Lima Sky has since eased up in their claims against all things Doodle. But don’t expect them to lay down for long because, let’s face it, most of those Doodle games are awful and riding on their coat tails.

There are two sides to my reaction to all of this deception out on these new game platforms. I’m troubled by all of the theft in general, especially when larger companies like Capcom are involved. Coming from web development where the lines between borrowing and stealing ideas are just as blurry, I empathize with the developers that have broken through with great games and ideas only to be immediately met with lesser developers trying to leech from their success. I especially support those developers who acknowledge their inspirations of their great ideas without resulting to becoming hacks who can only imitate rather than evolve the games themselves. 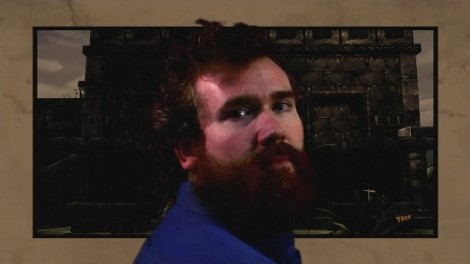 Why would you want to hurt this face?

I have to admit though, all of these fighting excited me to some degree. It shows that there are new battlefields in the gaming industry outside of Microsoft, Apple, Sony, and Nintendo. It speaks to the state of the aging giants when they are caught ripping off and in turn end up only helping grow up-and-coming companies. However, these mobile and downloadable platforms are still in their infancy. You’ve gotta pick your battles, and you’ve got to avoid turning those battles into wars you aren’t quite prepared for even if you are in the right.