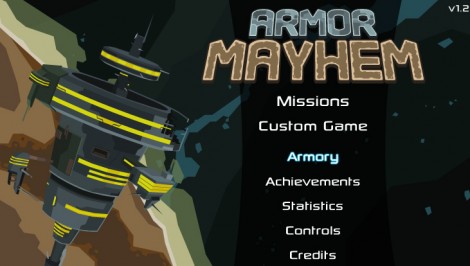 Despite the lack of mayhem on the title screen, this game is overflowing with the stuff

I didn’t expect much when I came across Armor Mayhem while procrastinating at the office.  People tend to attach mayhem to things as a means of grabbing some one’s attention and seldom does it aptly describe the item. I’m happy to report that Armor Mayhem does contain both armor and mayhem as well as being a pretty fun game.

Armor Mayhem is very similar to Soldat, which itself was basically a competitive first person shooter reduced to the 2d plane of a side-scroller.  You’re given a variety of mission types to complete, all of which are things you’d see in a mutliplayer shooter (capture the flag, death match, etc). However, Armor Mayhem doesn’t have a multiplayer option so you’ll be battling bots instead of other players, but despite this you can still milk it for a few ten minute sessions here and there. 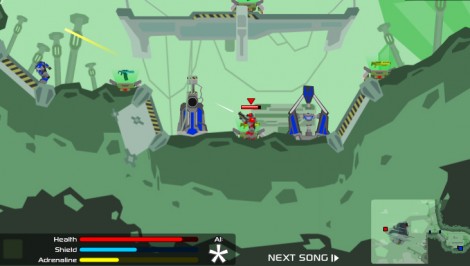 It can be a bit graphics intensive at times, but playing on the lower qualities doesn’t take away from the game too much. It features some pretty solid music, however this probably should be turned off if you’re playing in similar conditions to what I was. You’re definitely not going to drop a load upon playing this game, but check it out anyway since by reading this its apparent you have little else to do.