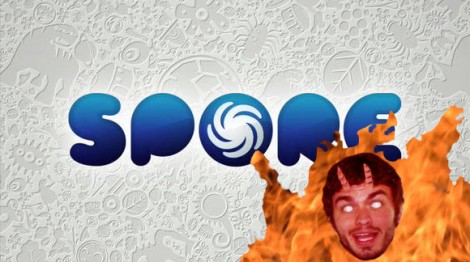 Those are supposed to be horns, not penises

Despite what anyone tells you, the world is made up of two and only two factions; bad guys and good guys. Whether it was my upbringing, prenatal chemical reactions or the insane number of times I watched Invasion USA, I find myself attached to the good guy portion of the population. I wouldn’t say I am the best good guy, but I tend to avoid causing trouble for others. Even when playing video games, my good guy status clings to me like a badge of honor. Real life guilt manifests from evil digital decisions, forcing me to sport a white hat no matter how tempting the dark side is. That is, until I played Spore.

Having recently acquired the game through a Steam sale, I decided to take the Spore for a spin one lazy Saturday afternoon. Even if the game sucked (which it kind of did) having the ability to create my own alien race was pretty freaking awesome. I toyed around with throwing random alien pieces together in creation mode, but soon focused on the single player aspect of the game. It was here that I was given my first choice, a choice that would steer me off the path of righteousness for a whole afternoon.

In Spore, you’re given the task of guiding your creature through stages of evolution, from a basic organism to an advanced space faring race. As a simple organism, I had to choose what sort of nourishment my creature would live off of. Not thinking anything of it, I created a carnivore since I myself am quite fond of meat. It also turned out to be a pretty solid strategic move as finding creatures to eat seemed easier than searching out plankton. I didn’t feel too bad about all the death here because the other creatures didn’t appear to have any emotions and tried to eat me as often as I did them. After while, I’d consumed most the single cell population and found myself ready for dry land. 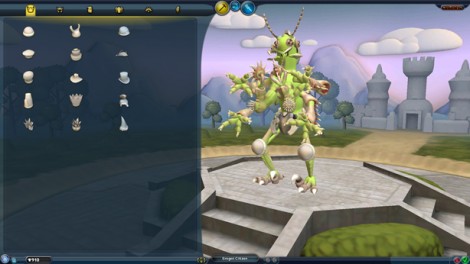 Two limbs are for playing the oboe, six are for reducing life to piles of guts

I’ts at this time that the game introduces the ability to communicate through song and dance. In theory, singing and dancing would impress other creatures and eventually you’d have a whole cadre of cute alien buddies to pal around with. I decided to ignore this component of the game. Like in real life, singing and dancing screams vegetarian and I was looking for some flesh.

It Came from Beneath the Sea

A few moments after coming ashore, I ran into a member of a competing species. Whatever it was, it seemed cute and a green smiley face above its head appeared to signify it was peaceful. Soon enough, the creature began to dance. It was dead and I was eating it before any of its fellow creatures could come to its aid. It was here that a switch flipped. Instead of feeling satisfied with a single meal, I decided to kill another of its clan. I soon discovered that wiping out a whole species rewarded me with bonus experience points, so before I knew it, my first interspecies meeting ended with extinction.

My creature began to grow and I kept adding new features such as bigger fangs, sharper spikes and other instruments of death and destruction. I would eventually be able to roll with other members of my species and before I knew it, evolution was not my prime objective. I wanted to kill everything I saw. Some fought, but most tried to run. Thinking ahead, I’d enhanced my alien’s speed, nothing was going to escape. I ended up destroying around 30 different species before moving on to the tribal stage of the game. Even growing a larger brain didn’t stop me. Within a half an hour, I’d burned every competing tribe’s village to the ground. Again, whimsical encounters based on music were offered, but I opted for flame and steel. 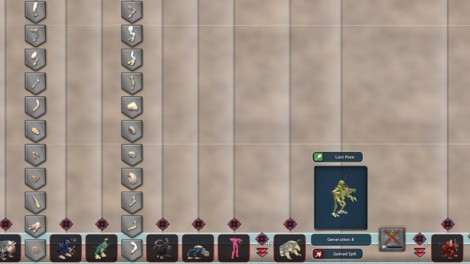 Once I came to the realization what I’d done, I stopped playing (well and the game was pretty horrible from then on). Never had I been the villain, but here I was standing over the smoldering ashes of numerous civilizations, all with the potential to cure disease or unify the galaxy. I hoped this wouldn’t spread into other games (or real life), but in all honesty not having morals or ethics restricting your every action is pretty fun.

I started into Dragon Age: Origins a week later and found that I’d fallen back into the usual do-goodery, which was a bit of relief. Perhaps the idea of hurting innocent humans was the difference between “Evil Ethan” in Spore and “All Around Nice Guy Ethan” in other games, which makes sense from a psychological point of view. In the end, my good guy status stands strong, but for some reason I’ve increased my consumption of animal products tenfold. I’ve also started giving everything I eat a back story and imagine a family that misses it. And yes, its makes things taste much better.

Note: Being evil in video games is pretty easy but if you decide to transition into real life evil, I will be on you like stink on a monkey.

4 Comments → How You Play the Game: Spore Made Me Switch Teams