With The Horrible Show focusing on the PC vs Console debate this week, we wanted to open up another side of that conversation to REPLY TO ALL this week. We asked The Cursed what their favorite controller of all time is, and it took us to a very uncomfortable place involving Jaguars: 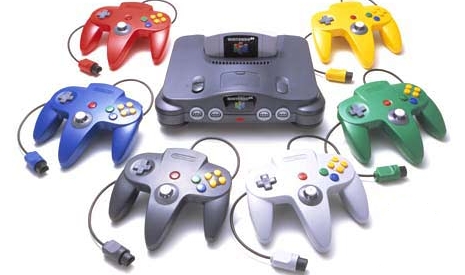 For me, the first time I really took notice of a controller was the Nintendo 64. It looked horrendous the first time pictures were released, but man did it feel perfect in your hand for Mario 64. That ended up being a limitation later, but it will always stand out in my memory at it’s perfection for the time. Beyond that, I swore I’d never use another controller after the DualShock 2. It has the best modern d-pad and the best button layout in my opinion. I still actually prefer the DualShock even though I spend most of my time now on the Xbox.

The thing with controllers is that they always seem great with the system they are paired with. That being said the DualShock controller has seen different iterations through 3 different console generations so Sony has done something right. The one downside to the DualShock for me is its weight. It’s too light. After spending a majority of the year with the 360 controller I prefer it over the DualShock in terms of weight. Other than that it’s a wash for me.

I actually really like the Xbox 360 controller, but for the style of games I enjoy most, the keyboard mouse combination is my preferred scheme. RTS games are very annoying with a controller and I feel like I just have better accuracy with FPS shooters while using the keyboard/mouse. The keyboard mouse combination gets tricky when it comes to precision platforming or action games (Dead Rising 2, Darksiders), but actually improves upon games like Mass Effect 1 and Dragon Age in my opinion. 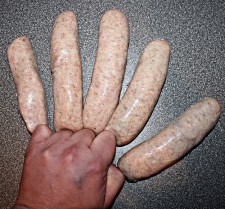 Nope, I have tiny hands. I can only imagine the plight of people with sausage fingers.

I used to be a keyboard and mouse person, and still feel like that’s the best all around control method for games, but since I’ve given that up I’m just not going to count it in my discussion. I actually have never liked the DualShock controllers. I never thought they were comfortable to hold. Now, I do agree that they have the best “new” d-pad, but overall I don’t like it. I’ve always felt like the analog sticks were way too loose. For some reason I feel like I can never control my character quite as accurately on plastation games as I have been able to on the Xbox. And I agree with Cole that it’s way too light. In terms of comfort the Xbox 360 is my favorite. It fits perfectly in my hands, seems to have all the necessary buttons and is a good weight. It’s only major flaw is a ridiculous d-pad. I always hate it when they force me to use it for a game. However, I really feel like you almost have to break this up into categories. like pre and post analog stick controllers. In the pre category the SNES controller is the bomb diggity. No one can touch Nintendo’s original d-pads.

For me, I’ve always seen it as more of an instrument for the game. For consoles and PCs alike the interface device (mouse/keyboard or gamepad) has been pigeonholed for a vast majority of games that run on that system. I try to take a step back and ask, “Why does it have to be this way?”. The answer, as we know, is that it doesn’t. So to answer the question, what is my favorite device to interface with a video game? I’d have to say the gun for Duck Hunt. Never has there been a gaming device created so specifically for a single purpose. They realized early on that the controllers of the time simply did not work for that game, and so they just created a new controller made specifically for that game, and very little else. The current generation of that idea is apparent in Rock Band and Guitar Hero, which are absolutely perfect for the game they were made for. Now, all of that said, my real favorite is the Xbox 360 controller, for reasons I’ll address later. 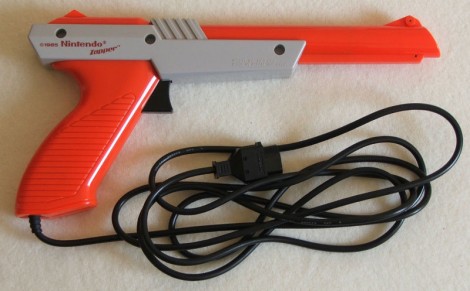 That's the Zapper to you, buddy

I’ve been floored by the invocation of Duck Hunt. Wow. It is hard to argue with that controller doing what it is made to do, and it paved the way for accessories to even exist. Which bodes the question is R.O.B. the worst controller? I probably wouldn’t be enjoying Rock Band today without Duck Hunt‘s success. That’s crazy.

HOW-CAPITAL-LETTERS-EVER, the light gun kind of sucked. Unless of course you are talking about playing as it was meant to be played, Less than 1 inch away from the TV screen. It was pretty much flawless from that distance.

I’m really torn on the 360 controller vs DualShock 2 (notice I’m not saying 3 because the weight is weird and charging it, blows). I want to play my current favorites with an extended amount of time with the DualShock 2, but Sony is having problems making that happen for me.

Definitely Xbox 360 over DualShock 2. I feel like having the left thumbstick up higher is a more natural comfortable position. 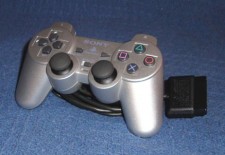 I can't quit you

That’s what it comes down to for me is the positioning and sensitivity of the analog sticks. I just remember loving DualShock 2, even though I can’t find anything wrong with the 360 controller (other than the d-pad).

It was a timing thing. DualShock 2 was the best at the time. I think your vintage memories are playing tricks on you. It’s like telling yourself that you remember the super mario bros movie being good when you were younger. It might have been then, but compared to movies today it sucks.

I’m getting in here kind of late, but I’m going to have to say that as far as I’m concerned, the 360 controller may be the best designed controller, ever. I’ll go with JDevL that the 64 controller was the first one I remember using that seemed like someone really took some time thinking about its design so that it fit your hand and took into account the fact that a joystick is a much more natural way to control an avatar in a 3D environment since (I think) the 64 was the first system (console!) to really focus on creating the illusion of depth/3D movement. While the mouse/keyboard combination is a great one for FPS accuracy and is, without a doubt, a much more precise control scheme for RTS, it sucks balls for flight sims and 3PS (e.g., Heavy Gear 2) and is the reason I once owned both a flight stick with separate throttle and a Gravis gaming pad that looked remarkably like a 360 controller with a throttle slider on it (it had something to be desired in the durability department, though, since I broke the throttle control playing X-Wing Alliance and cracked the casing on the last level of Heavy Gear 2).

The original Xbox controller was a worthless and unwieldy piece of crap, but the current one’s weight balance and design fits my hands (consisting of adult-sized palms with near-dwarf sized fingers) really well and the recessed placement of the triggers is so superior to the DualShock’s accidental-triggering L/R2 buttons it’s not worth mentioning. I’d throw out there that, following the original XBox controller for sheer shit-tastic-ness, the Wii wand & nunchuck combination is dreadful. I suck at tennis and baseball and basketball…what makes you think that I can dual-wield controllers like that? I mean…the setup is so bad they had to release a second type of controller…the “classic” or whatever it’s called, that looks like a real game pad? 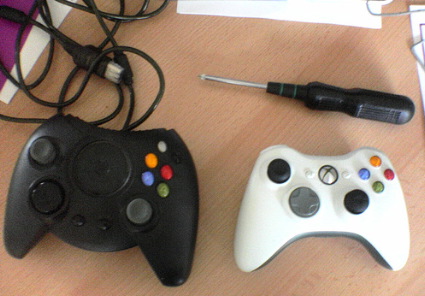 So big, next to, so right

The DualShock triggers are another point I completely forgot about. I don’t know if it’s just the positioning or the naming, but L1/L2 and R1/R2 I got confused everytime while playing a PlayStation. On the 360 just referring to them as trigger and bumper really separates them making them easier to use.you don’t accidently hit a bumper when you mean to pull the trigger.

I agree, the trigger/ bumper does make things easier, especially because of their shape. I’m always looking down at my Playstation 3 control out of habit and constantly hit the wrong trigger. If we’re talking crappy controllers, anyone remember the one for the Atari Jaguar? Thats gotta be the worst. 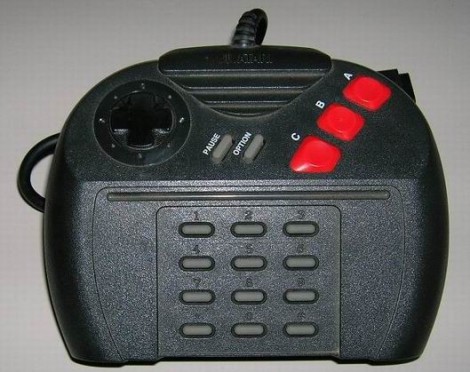 You want me to do what with this?

That whole system was fantastic. They should’ve just put a joystick on that beast and played it of to be and arcade style gamepad.

Oh my god. I’d never actually seen one. That right there is an example of what happens when you let a CS guy do peripheral design, I think. 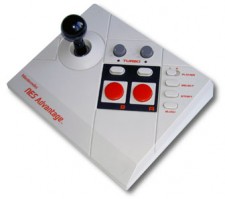 I was always a fan of the NES Advantage gamepad. Back when arcades were awesome it was fun to have that arcade like experience at home. I haven’t used one in ages, but I remember them being great quality controllers.

Oh wow. The NES Advantage. I’d like to see a practical application of those turbo/auto switches in modern games. I always felt like a badass using the Advantage, too. Which always helps.

I had the NES Max, which was the smaller turbo controller. The best part about it was when I got grounded and my dad took my Nintendo controllers away, he always forgot about that one. So I still got to play. 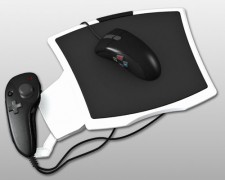 The turbo buttons were awesome in shooting games like Contra. When you had single shot weapons that could fire as fast as you could mash your button. I always told myself it wasn’t cheating…

One controller I got super excited about during my switch to only pc games was the FragFX controller which i think first came out for Playstation 2, maybe even psone, but I always wondered if it was anywhere close to the feel you’d get with a keyboard and mouse on a console. It was always way out of my price range back in the day so I never gave it a try.

I think I’ve come around on the 360 controller after thinking about it. I remember my DualShock 2 shoulder buttons would get stuck during my frantic Devil May Cry sessions. Don’t really have that trouble with the bumper / shoulder button combos. So 360 is my current favorite, and N64 is my classic favorite.

The battle between the 360 controller and DualShock generated a bit more heat than the keyboard and mouse could handle. As long as no one is taking lessons from Atari anymore though, we should be safe. Which favorite controller of yours did we leave out?

10 Comments → REPLY TO ALL: Favorite Controller of All Time