Sometimes it’s hard to get up in the morning and face the day. Sometimes adversity is just too much to overcome. It’s at these moments that everyone needs something to get them past their hardships. For me, it’s usually the love of my darling wife but in February it’s going to be the spiritual successor to Contra, Hard Corps: Uprising. 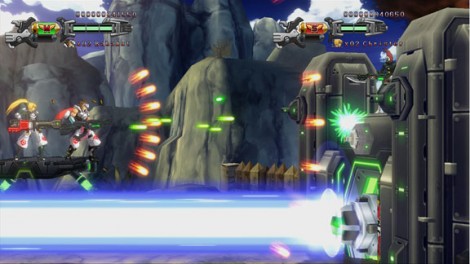 Offensive buildings are a constant threat in Contra games

For those that are hesitant about turning to an old school game to finally cure the ailments that life has placed on them, you’ll soon be in luck. On February 16th a new chapter in over-the-top side scrolling mayhem will be unleashed on Xbox Live Arcade and PSN.

While the game doesn’t share the Contra title, it appears to be a sequel to Contra: Hard Corps ,the first in the series to feature  female, robotic and werewolf characters…pretty hardcore. Hard Corp: Uprising doesn’t appear to be going to such extremes with its characters but the new anime inspired 2.5 D art style and crisp screen filling action look to be enough to melt a few eyeballs regardless (metaphorically speaking). I’m a bit disappointed to see that Bill Rizer and Lance Bean won’t be featured as the main protagonists, but it’s already been announced that potential DLC will include more selectable characters so here’s hoping old Mad Dog and Scorpion get back in the saddle. 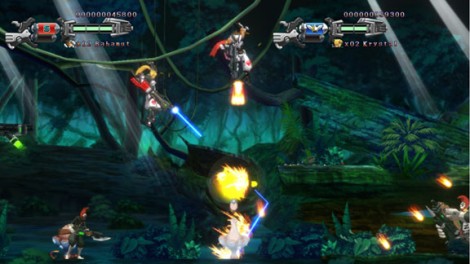 Jumping doesn't appear to be an issue here

The game will feature two game modes, the standard arcade style that Contra is best known for, and Rising Mode, which allows players to earn points that work as currency to purchase weapons, etc. The best thing is that even with a fresh coat of paint and a few others additions, Hard Corps: Uprising is sticking to the gameplay that cemented the series into the minds of millions of gamers.

My feeble words can only do so much in describing the face kicking action, so check out this game play footage and see for yourself.

3 Comments → Get Your Contra Fix in February with Hard Corps: Uprising