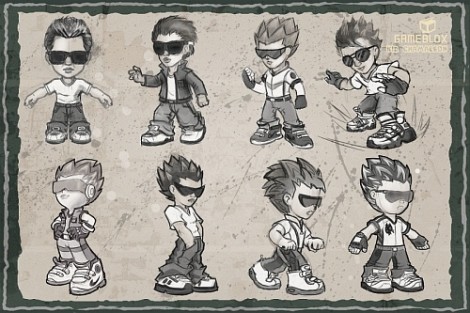 From Greaser to Geek

Brazilian developer Gameblox Interactive has released some concept art for their unofficial Kid Chameleon remake, showing off the protagonist’s new more  futuristic look. The social body armor that is the leather jacket, white t shirt and jeans combination has been replaced by some gear that screams “I took Back to the Future 2 way too seriously”. It doesn’t matter too much as wardrobe changes are the name of the game in Kid Chameleon.

This kid could steal my lunch money any day

I did my best to translate the Portuguese on Gameblox’s site, but I’m a bit rusty since college. Hopefully it doesn’t translate into ‘We’re converting Kid Chameleon into a typing game” which would most definetly reduce my enthusiasm in the project. Here’s hoping that we see this game completed and translated sometime soon. Kid Chameleon was one of my favorite 16 bit games and its about time it reemerged.