It’s been years since the first time this little issue resulted in my first smashed Sega Genesis controller and yet you continue to shirk your duties in reminding your charges that fixing it is easily done, would keep thousands of controllers from wanton, senseless destruction and save literally hundreds of thousands if not millions of wasted gamer-hours.   If only you would get off of your ethereal ass and whisper in the inspiration-centers of game engineers everywhere that found quest-items should show up on in-game maps, level-select screens or inventories, we would have more of our precious time to actually play the games we love instead of driving our collective blood pressures through the roof as we futilely try to recall which red coins we have already collected.

Your dereliction of duty is hardly new, you formless font of intuition.  Whether it was trying to remember which Chaos Emerald I hadn’t collected or if I had killed all of the Storm Troopers for my gold medal, there was only very rarely a way to track which bonus-unlocking goodies I had found and which ones were still to be achieved.  I know that you can only offer suggestions while you carry out your duties and that you have no actual editorial control, but providing some kind of system in which any game that had semi-secret items (e.g., video tapes, flags, skulls) that need to be tracked down that allow a player to unlock a new character, weapon or “real” ending isn’t something open to a lot of creative interpretation. 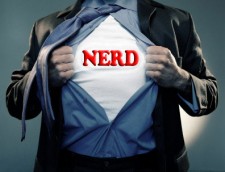 I really don’t think that requesting such a small addition to the multitude of games that already have maps which require their players to obsessively search through Cyrodiil or Rapture is really that unreasonable, particularly when you consider that in addition to special in-game rewards, the gamer points / trophy system practically mandates the addition of quests requiring you to locate all fourteen parts of your husband’s body or rocket ship parts so that the game designers (the people you’re supposed to be inspiring) can meet the requisite required gamer point allocations.

Google Docs is not DLC

I’m not asking you to overstep your bounds and interfere with the difficulty level here; I am completely cognizant of the fact that you are a non-corporeal entity and that to actively disrupt an engineer’s creative process is outside of your job description and, frankly, could very well ruin a well designed game with hidden objects.  You don’t want that, I don’t want that and the gaming public doesn’t want that. 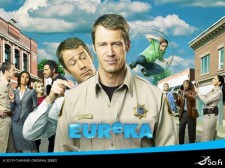 No, not THAT Eureka.

What I’m asking for isn’t the location of all of the secret items before I’ve found them, I’m allergic to oxymorons.  What I’m going to need you to do, though, is to quit dithering and use your not-inconsiderable influence to nudge the collective subconscious in a direction that causes a simultaneous shout of, “EUREKA!” when game designers everywhere realize that if they’re going to include either a Level Select screen or an in-game map, they might as well allow gamers to track their progress of which hidden gerbils they’ve found in each level (5 of 7 gerbils found in An Officer and a Gentleman) or the locations of said already-located hidden gerbils identified with icons the in game map, say, next to Julia Roberts’ fire escape.

Provided inspiration for 9 of 10 top-grossing movies of all time; has no editorial oversight.

So let’s get with it, Serendipity.  Start muttering in the dreams of game designers that it would be in the best interest of their gaming market, particularly considering the price of controllers these days, to let us avoid using a Google Docs spreadsheet to track which items we’ve found and which we haven’t – it simply seems too much like work.  It’s bad enough that there’s never enough time in the day for video gaming as a fairly responsible adult…don’t let wasted hours trying to locate the last Jedi icon contribute to the problem.

PS – Don’t take this the wrong way.  I think you’ve been doing a great job in suggesting that games have actual story lines and character development.

PPS – Don’t get cocky.  You still have some ‘splainin to do for BioShock 2.