I played Nocturne at the end of my first PC gaming phase, a time in my life where the conflict between obsessive gaming and wanting to hump girls was beginning to get a bit one sided. I don’t remember where I’d heard about it, but recall saving my cash and buying it shortly after it was released (Oct 31st 1999 to be exact). It would be the last game I invested a whole Saturday into gaming until college and because of that it sticks in my mind quite vividly.

Nocturne was a 3rd person fixed camera adventure game that was very similar to Resident Evil but focused on  the occult as opposed to bio weapons. It was set during the 1920’s through the 1940’s and featured a variety of alternate history storylines in varied locations. In short, you played the character “The Stranger” a no nonsense monster hunter who worked for a special government agency called Spookhouse, a group that looked into all manner of paranormal activity. Quite similar to the B.P.R.D in Hellboy but I never looked in to whether that was intentional or not. Anyway, the game tasked you with visiting different areas and finding the source of monster themed scenarios, from a zombie infested town to Chicago crime bosses utilizing Frankenstein like soldiers. I know it appears over the top, but it worked well and I remember being impressed with the characters and plots. It was a game that tried to do more than the technology allowed, making it a perfect candidate for RIS.

The future isn’t all action

The game play elements that defined Nocturne are extinct today, which is something I‘m not sad about at all. Action adventure games have been successfully re-imagined in titles such as Resident Evil 4 and 5, where action takes precedence over puzzles and adventure while still preserving (for the most part) what made those titles great. While I believe that a similar formula would be applied to Nocturne, 90% action would ruin the allure of the game and come across as forced. 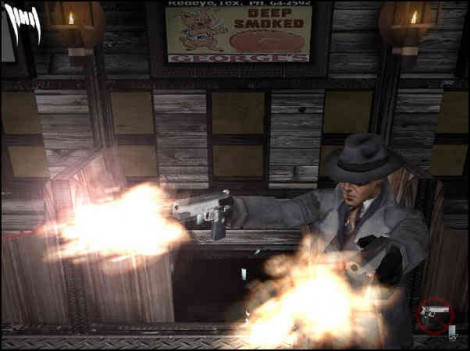 Not to say there isn't a place for double handgun action

While not a huge focus during the actual game, the Spookhouse agents were investigators first and didn’t necessarily have the resources to fly around and kill every monster that was reported to them. They were also a secret organization whose impact would have been lessened by exposure to the public, so missions would have to be approached intelligently and very discretely. Perhaps difficult in 1999, I think all of those areas could be realistic game play mechanics today. While some missions may be combat based, others would focus more on gathering clues or doing reconnaissance. Part of this would include questioning the people around each mission location as a means of gathering information which could help that particular mission or future ones. A big part of the game would be accessing threats and learning new ways to defend against them, not just shooting monsters

Speaking of monsters, I’d really want to approach the creatures in the game as more than just cannon fodder. In a way similar to BioShock’s camera mechanic, I’d want to include something that made the study of the game’s monsters just as important as their disposal. Whether it be taking pictures of live creatures or dissecting their bodies, I’d want their to be a reason for approaching certain missions from an observational perspective and give players incentive for doing so. I’d also want monsters to have very specific weakness and strengths so that every encounter is tactical and makes preplanning very important. I want players to regret leaving the silver bullets behind when evidence of werewolves is quite apparent. Part of the appeal of the game should be the idea of the unknown and headshots won’t be an across the board solution. 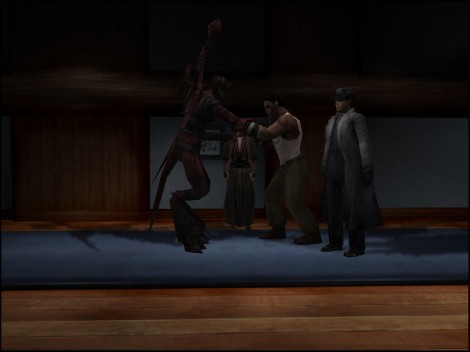 Perhaps monster meet and greets could be beneficial as well

It’s your agency, do as you please

I imagine that the Spookhouse offices (like in the original) would be the hub where all missions take place. It would be there that you’d be able to either assign investigators to the field, purchase/research weapons/items, identify threats and select missions (Imagine a stripped down X-COM interface). Your resources would include money and manpower, both earned through completing missions or selling goods. Where you invest these resources would determine what type of weapons you had, how frequent sightings were reported and the public’s reaction to certain events. For example, a large number of resources assigned to investigations would yield more thorough mission briefings but may leave your direct action personnel with inadequate weaponry. Ignore public relations and people may panic, thus causing them to make more frequent false reports. Having that sort of control would help vary the experience from player to player and also take away that errand boy feeling that some games have. 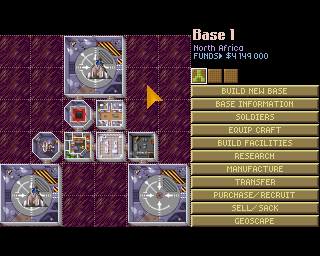 What can I say, every game could use an XCOM like system

You make the choices and thus deal with whatever consequences come about. Actual missions would only include the main character, but everything done before would be a means of support. While it’d be cool to command groups of agents, it would detract too much from what the original brought to the table. Plus, the game needs its fair share of scares and that’s more easily accomplished alone.

Westerners do it better

The original game featured 4 unconnected missions but I think the next version should have a structure similar to modern sandbox titles and Western RPGs. I think that a game like Nocturne benefits from being comprised of multiple legends/ historical events, so a linear storyline would not do the game justice. All games need a main plot that drives the action, but I believe that in this game the plot would be cloudy and become clearer as missions are completed. There would be no indicator to differentiate a side mission or a false report from one that expands the plot until the player actually starts that particular mission, thus preventing people from rushing through and only doing “story missions”. So that desolate factory could house a gate to hell, a couple ghosts or be completely empty. Investigation resources would help drive this a bit, further connecting the actual game play to the hub game play but there would still be an air of mystery surrounding certain events as well. Now completing missions isn’t just about collecting resources and making your group stronger but also compiling enough research to further the actual plot. 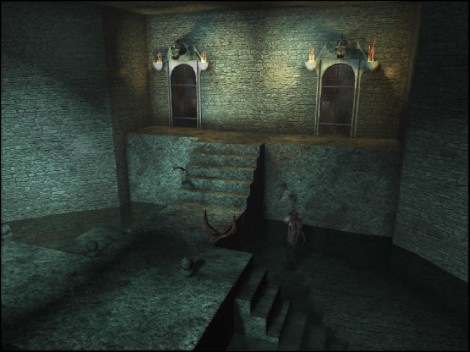 I imagine a map similar to a RDR or Grand Theft Auto, but spread across a couple different countries. Each would have their main city areas plus some smaller surrounding towns/locations and could be traversed by the player on foot. Getting from country to country would require a plane trip, thus giving the player the illusion of scope without having to make every city in the world accessible. Mission frequency in each location would be based on where you assign your investigators from your main hub, so a country with zero investigators may yield very little while a fully staffed locale would be more apt to reveal important plot device missions. On the same token, neglecting a certain area would cause adverse effects such as aggressive civilians or perhaps even large scale monster infestations.

As mentioned, I think the behind the shoulder perspective would work best, with a zoomed in first person view for inspecting items closer. Because of the time period, weapons would be a bit limited but enhanced bullets and magic items would be your character’s means of dispatching more powerful monsters. Nothing too over the top, but what you’d be using would be based on where you invested resources in weapons research or what you found while completing missions. 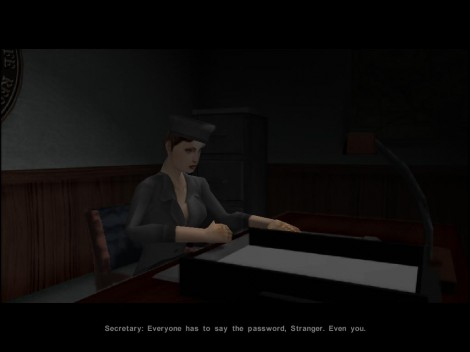 Office managers are quite intregal to paranormal defense agencies

Nocturne has a lot of potential for future appearances, but its scope shouldn’t be lost with a simple conversion to a third person action game. While direct action is important, adding a new focus on managing the Spookhouse agency would give the player a wider range of tasks and increase replay value. There’s a world here that needs explored and I really believe it’s a world that gamers could get lost in for weeks if not months.