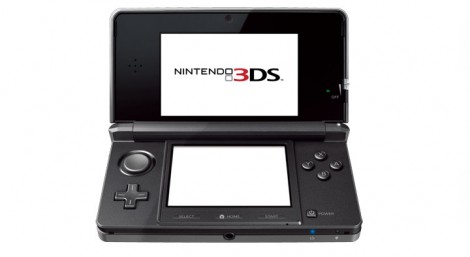 I'm new and fun and may be eyeball poison for children!

After years of unsubstantiated claims about video games being bad for childhood development, anti gaming pundits may actually have a bit of ammunition for their cause, though its probably not exactly what they wanted. Every purchase of Nintendo’s 3D enabled handheld gaming system the 3DS will also include a health warning and the possibility that your children may develop crappy eyesight. And the jerks behind the joy destroying warning? Why none other than those stuck up pricks… Nintendo?

3D imaging works by creating a visual conflict between what you see and what your brain actually interprets you’re seeing, a conflict that never happens in the natural world ( those crazy 3D books aren’t considered natural). For adults this isn’t as much of a problem as eyesight has developed naturally already but children under 6 are still developing and thus such a conflict could have adverse affects. Nintendo and some resident fun police (scientists and eye doctors) warn parents that while there isn’t enough evidence to completely back up the claims, its better to be safe than sorry. Adults aren’t in the clear either as eye fatigue can still occur due to the 3D screen being so close to the eyes when in use.

Remember the Virtual Boy? Yeah, its problems weren’t just a result of crappy games and a red screen, but the push for 3D is there and it’s going to have some growing pains.  So instead of a 3DS for Billy’s 5th birthday, why not splurge on some parenting classes and actually spend time with him, it may just save his eyesight.