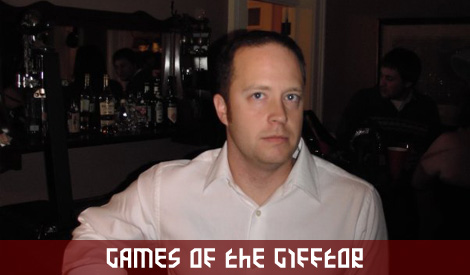 The first half of 2010 was rough for me, but it had nothing to do with the quality of the games that I played (except for Alpha Protocol sucking so badly that the clerk at GameStop advised me to transfer my pre-order credit to a purchase or another pre-order).  Since I tend to focus on one game at a time and prefer to wait and find out if a title whose release I’ve been excited about is worth my money, coming up with a Top Ten Games of 2010 is a bit of a conundrum for me, particularly because I’m not going to stick some undeserving title on the list just because it was from 2010, I played it, and I needed a game for the #9 slot.

So…although some of the games on my list aren’t actually from 2010, they were the best games I played during the year.  I’ll mark them for your nit-picking pleasure, but I’m not going to apologize for leaving a crappy 2010 title off the list in favor of a great 2009 release.  Here they are – my Top 10 Games (that may have kept me sane) of 2010 : 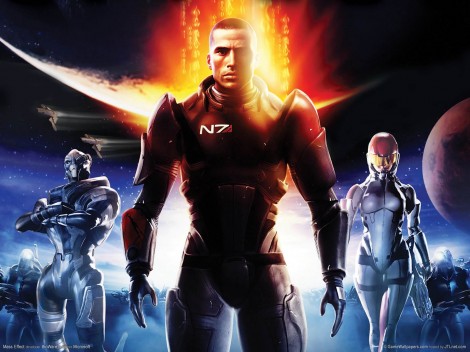 BioWare needs to stop making this game more perfect so I can actually criticize it.

1) Mass Effect 2 – Prior to playing the sequel to a game that I had invested a really embarrassing amount of time and emotion into, I was nervous.  BioWare was making some fairly radical changes, especially to the gunplay that hadn’t bothered me much in the first edition.  I don’t think that you’ll find me doubting BioWare again, whether it’s during the game’s life-cycle or as they release a sequel.  The replay value is extraordinary, particularly because the difficulty scaling is done with a great deal of care – even on Insane.  Everyone’s biggest complaint from Mass Effect, the Mako (an armored personnel carrier), was gone.  When BioWare updated ME2, they addressed my biggest complaint of the experience: the speed and size of the planet scanner reticle.  The Lair of the Shadow Broker is probably the best DLC expansion I’ve ever played and gave some tasty resolution to a…ahem…shadowy character from ME1.  I think most importantly for me, though, is the interaction with the Illusive Man at the end of the game – somehow, telling Martin Sheen, “Listen here, jackass.  You resurrected Han Solo with Jedi powers.  Did you actually think I was going to listen to you?”  never, ever gets old.  Now if only Bioware would take a hint from…someone and learn how to get vehicular combat right.  The Hammerhead DLC is even worse than the Mako in ME1.

2) Batman: Arkham Asylum (Game of the Year Edition) – In the world of comics, you’re either DC or Marvel (even if you appreciate the other house).  I’m a DC guy and Batman is my favorite character/title, no contest.  The guy took down Superman not once, but twice, but until Arkham Asylum, he didn’t have a game worth playing (sadly, Superman hasn’t since the Sega Genesis).  Now, he does.  The storyline, voicework and overall tone were spectacular; the gameplay was basically flawless and when I swooped down, grabbed a thug, lashed him to a gargoyle to dangle like a snack a spider’s saving for later and zipped across the room, undetected, to listen to his pals panic and fire their assault rifles blindly, I felt like the Caped Crusader.

Here’s a 2010 release I did play that didn’t make the cut despite JDevL’s love for it: Darksiders.  While the sound design was some of the best I’d heard and War’s character design was so well done that he looked like he was doing something violent just hulking there motionless, I eventually lost patience in getting the game to advance with some kind of rhythm and traded it in. 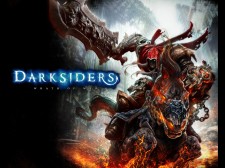 Turns out, Horsemen of the Apocalypse don't have rhythm, either.

3) Assassin’s Creed 2 (2009) – I’m a recent convert to this game and I have no idea why it took me so long to give it a shot (particularly considering how much I enjoyed Arkham Asylum).  The sheer scope of the project that Ubisoft created in building Renaissance Italy, even if the game were mediocre, would probably have blown me away anyway.  As it is, though, the gameplay, plot and graphics are outstanding and I’m consistently sent into fits of giggles by the carnage created when I poison an axe-wielding guard and throw gold florins on the ground around him to attract a crowd that is hacked to bits by his death-spasm axe-frenzy.  I’d have more to say on this excellent game, but I’m still not done with it.

I have a gym membership that I use and a large, athletic dog.  Exercise and video games do not mix for GiffTor.

Bungie went out on a good note. Now if only we can ensure that the movie NEVER go to Uwe Boll.

4) Halo: Reach – I know, I know, I wrote a nasty fake letter to Bungie over this game and took them to task for quite a few things I viewed as either oversights or laziness.  Nonetheless, I’m still playing.  I’ve always enjoyed the storyline in the Halo universe and the pathos of the end-game is striking.  The design of the multiplayer section with the inclusion of daily and weekly challenges and excellent skill matching keeps me coming back, if for nothing else but to earn a black visor for my SPARTAN (you can have it in any color, as long as it’s black).  If this was actually Bungie’s swan song to Halo, they delivered.

The 2010 AAA Releases I Didn’t Play and Probably Won’t:

World of Warcraft: Cataclysm – Surprisingly, I’m not slamming WoW generally; I’ve heard nothing but praise for this newest addition to Azeroth…MMORPGs just aren’t my thing, not even the title by which all other MMORPGs are measured.  I love me a little hack-and-slash and a fantasy setting, but no MMORPG I’ve played (including WoW shortly after its release) kept my attention.  And no, I don’t know why.

Call of Duty: Black Ops – If a game has limited value as a single-player experience, I’m generally not that interested.  No one is going to call me out for being particularly PC, but when you add in the CoD multiplayer crowd that, in my experience, spits out more misogynist, racist and homophobic vitriol than any two other multiplayer bases, you’ve pretty much lost me.

Fallout: New Vegas – I was psyched to play Fallout 3 and, when I got it, dutifully worked my way through the entire thing as well as the first two DLC expansions, but the overall UI never grew on me.  Shooting/targeting was a pain, VATS seemed like the equivalent of shoe-horning a turn-based element into an RTS and to be completely honest, the story and character interactions never really reached a level that made me feel any kind of immersion or attachment.

Art therapy is a recognized treatment

Even though mental health professionals might shudder to hear me say it, the games I played throughout 2010 really did help smooth over some rough patches, which is a testament to where the development of the ART that constitutes video games has gone since Galaga.  There are no sacred cows in video game land, yet some of the games I played in 2010 were so good that cranking out meaningful criticism would require me to either take snark to an entirely new level normally reserved for trolls or to attack the suspension of disbelief that’s required to buy into a fictional storyline.

I’m sure that there have been other banner years for quality titles, but when I look back at some of the games I played in 2010, I can’t come up with one that was as full of that many gaming experiences that I think will go down with Eternal Darkness in the, “Oh my God! Did you play that game?” category.