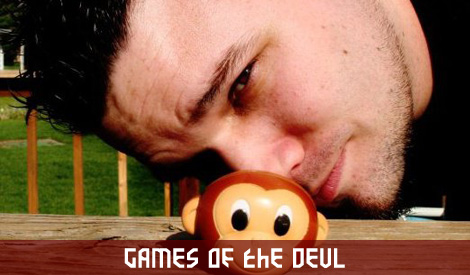 I stress out about these lists way too much. By the end of all the deliberating, I hardly remember what criteria I was basing these rankings on in the first place. It’s different for every person, for every list, but when I want to chose my games of the year it comes down to impact. What games are going to stand out to me years down the road, what will I remember, and will it be a good memory. These are my Games of the Year 2010: 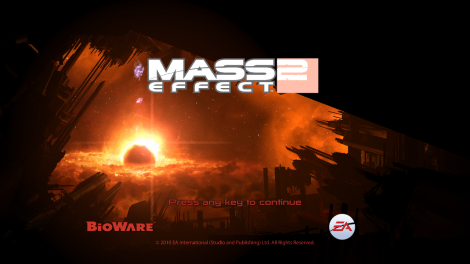 Flawless from the start

1) Mass Effect 2 – I remember being disinterested in Mass Effect 2 when I walked by the booth at PAX ’09. Even though I was a big fan of the original, nothing I had seen showed me that the sequel was going to be a big leap forward. So that normally means the game gets shelved until I get to it. Then, something happened. I had just come up for air after last year’s holiday releases and my schedule was cleared up just in time for Mass Effect 2. Reviews were coming in from all angles about how incredible this game was. None of the reviews did my experience with this suicide mission any justice. This is the blueprint that all sequels should use to improve on a great original game. Every gripe I had with the first game from graphics glitches, to boring gun-play, to repetitive side missions was addressed. The first Mass Effect was tweaks away from being a perfect RPG experience, and Mass Effect 2 fulfilled that potential. I finished the game in early February and I already knew I had played the best game of 2010. There was no doubt in my mind then, and none today.

Ya got me, John Marston

2) Red Dead Redemption – I have never been so happy to be so wrong about a game. I can almost here John Marston laughing at me now. Thanks to the incredible ending, this was my favorite story of the year. I never expected to be so drawn into the characters in this game. Even when I was convinced to pick up the game, I still expected GTA in the Old West and nothing more. I never got invested in the GTA games, I just played in the sandbox. Yet in Red Dead Redemption, I found myself compelled to act as I expected John Marston would act. Rarely did I commit crimes or drive up my outlaw rating. It just didn’t seem in character. When your head is thinking that way, a game must really have a hold of you. Add in the compelling Dying West setting and plenty of cougar hunting, and I’m surprised I didn’t stay lost in Red Dead Redemption for good. 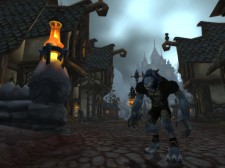 But why can't you be on the Horde?

3) World of Warcraft: Cataclysm – I was scared of the Cataclysm. After experiencing it, I’m still scared of the Cataclysm. Blizzard has balls. They took a huge risk by gutting their cash cow and recreating the original game world that fans had grown up with. The results could have been disastrous. Instead, aside from losing a bit of nostalgia, they not only lowered the barrier of entry for new players, but gave old players a reason to go back and play through the opening areas again. The narrative, pacing, and direction given to the player to move through the world is so much more seamless and natural that it makes the original experience seem archaic by comparison. You can’t help, but feel this is the developer’s true vision for the World of Warcraft, that they could only envision after spending so many years with the game. I can’t speak for the high level content, but I can tell you the draw to Azeroth has never been stronger, and that this is the definitive MMO expansion for the genre. 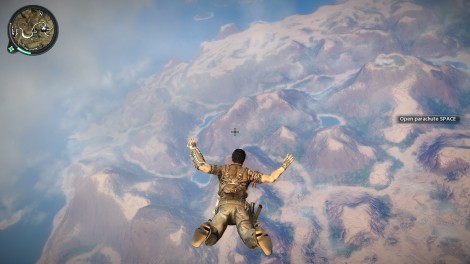 Let's see how hard I can hit the ground

4) Just Cause 2 – I’ll admit that I had never even heard of the original Just Cause, so the sequel came out of nowhere for me. But looking back at how I spent my game time during 2010, I lost track of how much time I wasted in Just Cause 2. And I’m completely ok with that. The fun factor and gleefully mindless destruction outweigh any technical or artistic criticism you can throw at Rico Rodriguez’s island of chaos. I only wish real life came with unlimited parachutes and grapple hooks. Ignore the story, ignore the missions, just traversing the huge and graphically stunning island of Panau to find your latest target to toy with is well worth the (now discounted) price of admission. Just shut up and play it. Just cause it’s fun.

This is where I throw my arm out

5) Dance Central – Time will tell what happens to the Kinect. After a successful launch, it is hard to ignore the defining game for the most impressive new gaming technology of the year. Dance Central thrives on its execution and potential rather than the depth of the experience. The feature set may be limited, but that first dance party in your living room will go down in history. This is an important game for an evolving genre and sure to be new cornerstone to the Harmonix game library.

The rest of the best

A list can also be defined by what didn’t make the cut. Some sequels haven’t been left enough room for improvement to stand out, no matter how enjoyable they are on their own. Their impact is diminished, destined to be lost in the sea of games that aren’t associated with particular years. I will remember Super Meat Boy for its brutal difficulty, Darksiders for being the Zelda game that I’ve always wanted, Need for Speed: Hot Pursuit for reminding me that I got into games to put my friends into 2nd place, Enslaved: Odyssey to the West for its facial expressions that made me care, and Cut the Rope for making me apologize over and over again to a disappointed monster.

You can pick apart a game, and it happens to be one of my favorite past times, but when it comes down to choosing favorites, a logical system goes out the window. All that matters to me is I had a great time gaming in 2010 and these are the games that defined my best times in gaming this year.