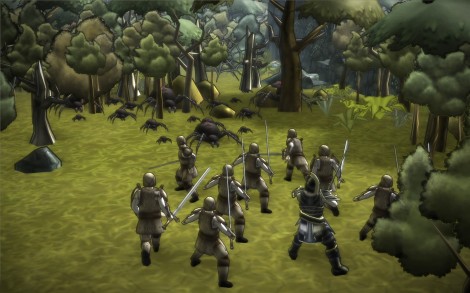 When people think of broken gaming as of late, they often refer to Fallout: New Vegas, but a highly anticipated strategy game also showed up for its first day of school in a dirty ill fitting outfit as well. Elemental: War of Magic had a variety of issues, from extremely stupid AI to a confusing interface and an overall boring presentation. Brad Wardell, CEO of Stardock Studios, was even quoted as saying that the launch of the game was a “result of catastrophic poor judgment” on his part.

Fast forward three months and a shining beacon of hope appeared. A patch, titled 1.1 was released last week and hoped to solve some of the major problems the game had upon release. Could a patch revive a title from the crappy game graveyard? PC Gamer took another look at the game, comparing the advertised fixes to the unpatched experience and while there were quite a few noticeable changes such as improved AI and a cleaner interface, there was still a lot to be desired. It would seem that the patch either fell short or the game just really wasn’t that good, but props to PC Gamer for giving the game a second shot.

PC gamers have dealt with problematic launches for years and patching has always been an anticipated part of gaming, but it would seem that launches are getting more and more troublesome as of late. Factor in the spread of this issue to console gaming (see Fallout: New Vegas) and it would appear that widespread access to the internet  may be making companies complacent in their releases. I’m definitely a conclusion jumper, so take my words with a grain of salt, but I’m starting to feel more like a Beta tester and less like a customer at times.