When I first heard that the Super Nintendo was coming out, I was obviously excited. Having been brainwashed by Nintendo Power to love all things Nintendo, I just had to have this amazing video game platform. The games looked awesome when compared to the ones thus far released on the NES. Starting at that young age, I became stricken with earlyadoptitis and that disease has yet to be cured. Those with the disease rarely wait for a birthday or Christmas before getting some new piece of tech. Since both of those glorious days were far from when the SNES came out, I had to resort to drastic measures. My parents were having a garage sale and it was time to part with my beloved NES.

What I Wouldn’t Give…

Unlike friends I had in my neighborhood, I didn’t have a ton of games for the Nintendo. However I did have a pretty nice collection with some stinkers thrown in as well: 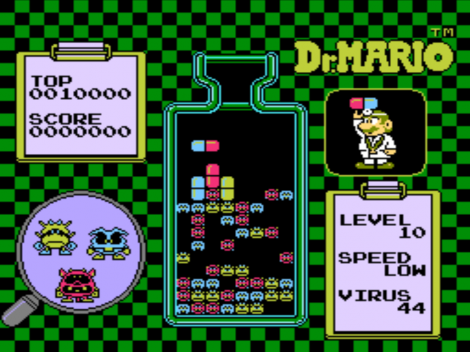 There is an appalling lack of Dr. Mario images on this site.

I didn’t need to own that many games because I borrowed a ton from those neighborhood friends. Through them I was introduced to the genre that would remain one of my favorites to this day: The RPG.

After weeks of asking my parents what I could to do to get the Super Nintendo, they suggested selling the NES and all my games/controllers to get enough money to pay for the new system. They were planning a garage sale to get rid of the things they didn’t use or need anymore as well as selling some of the toys my sister and I no longer played with. Even though it sat in the basement collecting dust at that point, I still regret letting go of Castle Grayskull even if my mom got $100 for it and She-Ra’s Crystal Castle. I did get $50 to go towards the purchase of my SNES though, so I think it was well worth letting go.

The hardest thing to let go was the NES. I had saved up some allowance plus the $50 I got from my mom, so I only needed $100 more to be able to buy the Super Nintendo. I didn’t know what kind of cash I could bring in for a used system and games that not everyone would like. If I remember correctly, I had two separate options for the buying public: buy it all for $100 or pay more piece by piece. Needless to say, I’m sure that I didn’t come up with those options on my own. In selling the NES, I didn’t know how long it would be before I could get my parents to take me to the store so I could purchase the SNES. 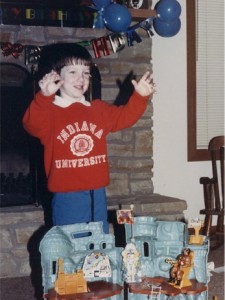 Had to give this up for a SNES. It was worth it.

For a kid like me to be without video games for an unknown period of time was frightening. That’s something that still bothers me to this day. It’s less likely that I’ll have to face that fear owning an iPhone and all the games I have for it. It’s the missing out on the console time and the great games that could one day have me committed to an insane asylum. Actually, just writing that last sentence might be proof enough of my lack of sanity to have me committed. I love video games and I’m not afraid to admit it.

For those of you on the edge of your seat still wondering how long it took my parents to drive me to the store, it was the next day. But I had to wait until after church. Kids are fidgety enough during church but add the excitement of getting a new video game console into that mix, and I almost got grounded by my parents. I finally purchased the system, which felt really good doing so with my own money and led me to the path where I am today.

Was it Worth It?

At the time I wanted the new hot Nintendo product. Friends of mine had the Sega Genesis but I was a Nintendo fan boy through and through. Once I knew what the Super Nintendo brought to the table, there was really no other choice but to move on. I wanted the best and if it meant giving up my NES, it was something I had to do.

The technological advances the video game industry has made has allowed me to download most of my old games on the Nintendo Wii or other platforms. I’m sincerely grateful for that opportunity because those games were a part of some of my fondest childhood memories that I had to sell to make room for more. Looking back, almost 20 years later, I do regret having to give up the system because I would love to have it today. However, instead of a big cardboard box, I get to carry them all on a small white box. 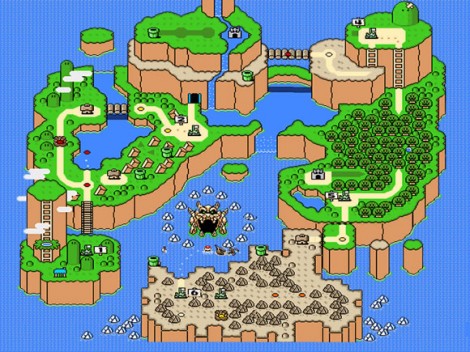 Super Mario World was definitely worth selling the NES.

My parents bought me the NES for Christmas in 1989 and that was the last time they ever bought me another console. Every single one I’ve owned since has been purchased by me saving up the money or selling a previous console. I’m proud of that fact and yet I wish I never got rid of all my old stuff at the same time. But sometimes you’ve got to let go of the past to move forward and then re-download all your old games on your computer or Nintendo Wii’s.