I awoke bright and early one Saturday morning to a delicate layer of snow settling gently onto my porch. I jumped from bed and went over to the window, excited to see relatively poor driving conditions outside. This was bad for some but excellent for me… this meant no errands.

I could barely contain my excitement and scampered off to my computer room. My wife was sound asleep and I didn’t feel that waking her would elicit a positive reaction. Plus I could get some gaming in without more “important” matters being brought to my attention.

I signed on to Steam and started up a game called Eufloria, a recent purchase I acquired through one of Steam’s many sales. It was not a game I typically play, but one that had nestled into an interest zone in my brain. After a while I heard rustling from the other room and a loud yawn, symbolizing my wife’s awakening from her slumber. 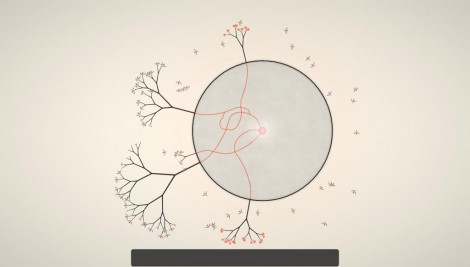 An intense yet beautiful space flower battle, as if there's any other kind

“What are you doing babe?” she asked. I knew this would be followed with a snuggle request, and being in the zone I needed to make what I was doing sound important, validating the snuggle rain check I would be forced to take. I also needed to be honest, paper work doesn’t have sci fi sound effects.

Honesty may be the best policy, but for gamers it can often be mistaken for zaniness (a more comical and mischievous form of more serious mental ailments). What if instead of saying “I’m playing games” or “I’m a gamer” one actually had to describe exactly what they were doing within the context of that particular game? Would this deter a person from playing certain games over others?

For instance, playing Starcraft 2 would now be described as taking part in an intergalactic battle between futuristic super soldiers, parasitic space bugs and high tech warrior aliens with telekinetic powers. What once was a simple “computer game” now makes you sound like a freaky Scientologist, and that cutie at the bar you’ve been chatting up has more than likely realized she’s bitten off more than she can chew. 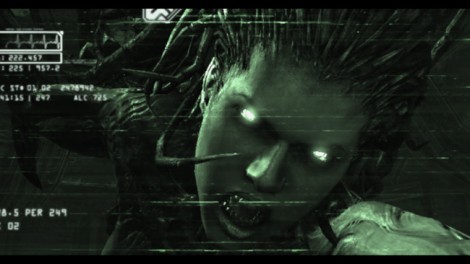 Like playing WoW? Perhaps having to describe to a future employer that your free time is spent taking on the form of fantasy characters, traveling across the hostile, magical world of Azeroth and battling mythological creatures for gold and experience points would be an issue. Would you make it to the second round of interviews or would you be seen as a risk to the company?

Or maybe you’ve just signed on to eHarmony and that honesty twitch strikes just as you’re filling out the about me section: “Hey! My name is Alan and I’m a 30 year old postal worker. I like sports, horror movies and spending time exploring the expanses of the Las Vegas Desert. Not the current Las Vegas desert, I’m talking about the one in the future, after the United States and China wage war, thus causing nuclear holocaust on a global scale and littering the world with small groups of survivors who must band together to stave off the advances of mutants creatures and war mongering nomads.” In all honesty, your matches probably wouldn’t be featured on the television commercials mostly because you wouldn’t have any. 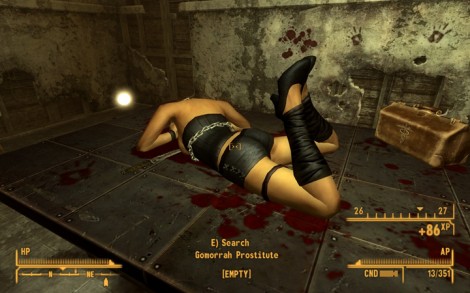 What happened here should definately stay in Vegas

Obviously, one is able to decide how much they share in reference to their day to day activities. The aforementioned examples are probably unrealistic in their transparency and totally out of context, but think about how often you use the term “gaming” to describe your activities. Is it out of convenience or do gamers get a bit uncomfortable when it comes to describing their hobby?

For some of us, talking about games with our friends isn’t a problem because they too play games. There’s no feeling out period or fear of close mindedness. It’s also easier to talk about specific experiences because explicit information is already understood.

For others, gaming is a guilty pleasure, a secret pastime laughed off anytime it comes up in conversation. Interweaving your latest gaming exploits into small talk can be quite difficult and may lead to preconceived notions or confusion. This is tough, especially when gaming is a big part of your life.

I’ve come to the conclusion that like religion and politics, gaming is a topic that may need to be censored in certain social situations. All three seem to promote fanaticism and if presented to the wrong audience can make a person sound…well crazy. This is not to say that games are embarrassing, just complicated. Unless your job is to convert non gamers to gamers, it’s probably not a priority to interject game related news into all conversations. 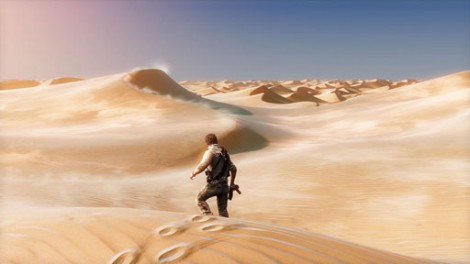 I'm so excited, but I'll have to hide it, if I lose control right now no one will like it

I love gaming and feel that it is my job to convert as many non gamers as possible, but I’m also not stupid. As excited as I am for Uncharted 3, assuming that my in-laws or coworkers share those sentiments is pretty presumptuous. Games are fun, but being “that guy” is not. Oh, and by the way, it’s not presumptuous to think this article will spin off an article in the “Don’t be that Guy” series…it’s halfway done.