I realize that the Zombiocracy is more reminiscent of Germany when it was nothing but a loose affiliation of principalities than one would expect with your tyrannical-sounding title, but it’s time to put on your Bismark pants over your cold, rotten yet still motive corpse and create some order like it’s 1871. 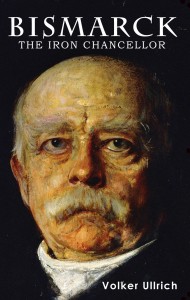 So badass, he predicted World War I

Don’t take this the wrong way, Your Gangrenous Liege, but your kin have gotten out of hand, and that’s coming from someone with a Zombie Survival Plan with multiple flow-chart addenda depending on the source of the invasion (alien spores, Revelations, payback for animal experimentation).  George Romero isn’t the problem here.  He is the grandfather of modern Zombie-Nation and can do as he pleases…but a line must be drawn, quickly and carefully.

It’s one thing to allow Capcom to tastefully rip off The Dawn of the Dead (twice) in the biggest Zombie craze since The Monster Mash with Dead Rising and its sequel, but it’s entirely another to allow the kind of out-of-control zombie-liferation in the video game world that puts rabbits’ reproductive habits to shame.

You’re going to have to start by calling the guys over at Bungie because, even though they stayed within the terms of the collective bargaining agreement between the IADZ&SBP (Intergalactic Association of Deadites, Zombies & Spore-Borne Parasites) with The Flood, the permanent addition of the variously named multiplayer modes that started out with Halo 3’s Halloween mod is clearly in violation of Clause 14 of §42: No playable character shall be required to undergo post-death transformation to a member of the IADZ&SBP and neither shall a member in good standing of the IADZ&SBP be required to function as a playable character whether in single-player or multi-player mode.

I don't care if he DID come in a spaceship, THIS is a zombie.

As apparent as Bungie’s transgression of union rules is, they are hardly alone in aiding an expansion of the Zombie Nation in such a way as to reduce your kind’s terror-inducing ways to that of farce.  Borderlands‘ Zombie Island of Dr. Ned, Red Dead Redemption’s Undead Nightmare DLC,  Dead Space and Dead Space 2, The Resistance series on PS3 and even the (automatically applied) Halloween mod for Armored Strike on my Android phone featured members of the IADZ&SBP filling in for my Spider Mines for nearly a month.  It has to stop.  How am I supposed to tell people that the Italian film Zombi 2 from 1979 has one of the most horrifying scenes ever without relying on the grotesqueness of decay and cannibalism but suspense, for the Loa’s sake, when their second graders have been entranced by the cuteness of Plants Vs Zombies? No matter how brilliant the slow-motion eye-impaling scene is, the power of the Zombie Nation is being diluted and you must do something to stop it, Oh Repository of Necromantic Dark Energies, or the three-dimensionality of zombie horror will be threatened!

A CUTE zombie. The HORROR!

I know that the combination of the reduced tax basis in the Undead States and the emasculation of both the Vampire and Lycanthrope Confederacies has left the Zombie Nation dreaming of grandiose growth, but at what cost?  DC Comics has already hopped on the Undead Train with Blackest Night…what’s next?  DLC from BioWare for Mass Effect 2 featuring a planet of Deadites, freshly brought out of the retirement they’ve been enjoying since the Boomstick Days? Another delay for Project Gotham Racing 4 so that there’s an unlockable zombie-borne palanquin?

No matter what the leaders of the various chapters of the IADZ&SBP scream at you when you deny their requests to participate in the newest post-apocalyptic update to Metroid: The Other M when Nintendo decides that even Zombies couldn’t make that game a worse entry to the venerable series, you must hold your ground.  When it doesn’t makes sense to have Zombies and their kin involved in the plot of a game for reasons other than pure financial shtick, YOU MUST STAND STRONG.

If you don’t, I’m afraid that my justification for keeping a machete and Remington Model 870 Pump-Action, 12-gauge, Saltwater/Zombie Blood Resistant Chrome Finished Barrel beside my bed in case of the dead walking the earth will no longer look like a practical precaution nor will Left for Dead 2 function as a reliable training tool for me and three of my best friends.  So in closing, High and Mighty Zombie Overlord, I beg you – control your hordes or you’ll find your countrymen starring in a romantic tale with poor plot structuring, lingering questions of age-appropriate relationships and nary a double-aught buckshot nor sporting-good related blunt force trauma injury to be found.

With age-appropriate and manly love,