Look, none of us has a pleasant experience when we walk into the local GameStop or GameCrazy (RIP). Getting pressured into buying some magazine or pre-ordering a game that comes out 5 years from now is not how I want to spend my weekend. I usually go in there for two reasons and two reasons only: to buy a game or to trade a game to buy a new game. Even though I have those set goals in mind, something is always there to derail my quest and I’m looking at you “guy who spends way too much time in the video game store.”

Leave the Judging up to Dredd

Just because I’m trading in Halo: Reach to buy Mass Effect 2 doesn’t make me dumb. Actually, it’s one of the better trades I’ve ever made. While I enjoyed Reach I didn’t find the multiplayer as much fun as those Halo 2 LAN sessions I had so many years ago. I got bored with the title and wanted something that I’ve been wanting to play since before I owned an Xbox 360. In my mind it was an honorable trade. It’s not like I was trading in Halo for Black Ops or anything. So I would appreciate you keep your comments to yourself about how you thought Mass Effect 2 sucked, first person shooter guy. 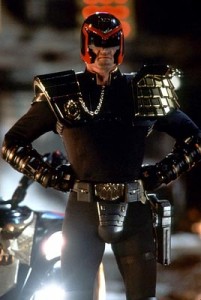 I don’t want your opinion on what I’m buying ever. If I did I would ask. Just because you spend your unemployment checks on video games when you should be taking care of the two kids you told me weren’t allowed to play with “daddy’s toys,” doesn’t give you permission to insert yourself into my holy world of gaming. I have people who’s opinion I trust when it comes to video games and random guy who’s been in the GameStop for 3 hours talking to the underpaid and under-appreciated GameStop employee is never going to be one of them.

I’m surprised we haven’t heard of any video game store violence being perpetrated on these guys by the employees they annoy every single day.

I admit it. I’ve been to a midnight release a time or two in my day. The last two being Final Fantasy XIII and Metal Gear Solid 4: Guns of the Patriots. Holy god, do I wish I would have stayed home on both nights and just gone out the next morning to pick up the game. At both launches we had the usual cast of characters:

The Comedian: the guy who makes jokes that only people who are into games would get. Not very funny in any circles but the nerds in line seem to think he’s hilarious.

The Guy with the In: this guy is friend’s with all the employee’s but not because he knows them outside of the store. It’s the guy I mention above who hangs out in the store all the time because he doesn’t have a job and clearly doesn’t want to play any video games. Just being in their presence is enough for this douche. He also talks to the tired employees who don’t want to be there and makes them do their job slower, thus keeping them there longer than they want to be.

The Guy Who Buys Something Other than the Game That is Being Released: …

The Girl: a rare creature barely seen within 5 miles of a midnight launch party (unless it’s for World of Warcraft I guess).

My philosophy at midnight releases is get in and out as soon as possible. The reason I’m there is because I want to play the game as soon as possible. I don’t want to wait for these people to have their fun in the store, do it during regular store hours like the usual assholes you are. Leave the midnight releases for the gamers who actually want to play games and not “hang out.”

I Know You Don’t Know Me, But I Have a Website

I hate when people make assumptions so I wish people wouldn’t assume I know nothing about video games. Despite me actually going into a GameStop (which I know looks bad in regards to my knowledge of video games), I know a lot about video games. If you are reading this, you probably already knew that. So why does guy take it upon himself to “learn me” about all these great games I should play? 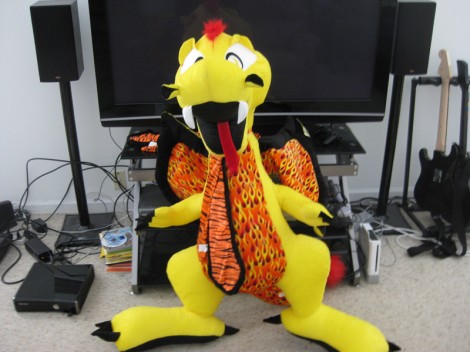 I’m suggesting we here at Horrible Night get business cards if only to combat this freak. Before he says anything to me I’ll hand him the horriblenight.com card and send him on his merry way. Maybe he can hang out in internet land like the rest of us normal people and leave the game store entirely.

Being male, I don’t like to shop. I only like to go to the store when I know what I want to buy. When I go to a video game store I know what I’m looking for and rarely ask for help from the employees because I’m guessing I know more about games then they do. The only time I look around is when I see that guy hanging around the check out counter. If I recognize the situation early, I’ll get in there and make my purchase and leave. But even in my recognition, guy starts unwanted conversations with me.

This is an example of a douche. Beware of them.

The quickest way to get out of there is one word answers to every question that is asked. The last thing you want to get into is a debate about which Metal Gear Solid game was the best (it’s the first). Avoiding the dreaded up-sell from the employee is a piece of cake compared to the guy at the counter. I can understand Dante and Randall’s frustration about Jay and Silent Bob, but at least they stood outside of the store.

Just Tell Me To Stop

Going into a GameStop or GameCrazy or any other strictly video game store is hard enough without being harassed by douches who “know everything there is to know about video games.” I don’t know why I keep subjecting myself to this annoyance when I can clearly avoid the situation by not stepping into the store to begin with. But sometimes I need to trade a game in because I’m broke and want something new and now. I just wish I didn’t have to deal with other that guy while doing so.