I’ll try and keep the World of Warcraft chatter to a minimum around here posting only news articles or commentary that people outside of the game can appreciate, too. You can keep up with my actual adventures on my Hunting and Trolling blog. However, before I go quietly into Azeroth I wanted to state my case for the game and its community.

I arrived last night to the midnight release of Cataclysm. It was all of a dozen degrees outside and with 10 minutes to spare about 30 WoW fans were lined up waiting for the doors to open. While you think you may know who a WoW player is, even I was surprised by the diversity of the crowd at hand. More than half of the players wouldn’t be picked out of a lineup and labeled as MMO fans (which isn’t a bad thing). Sure they look like gamers, this was a midnight release after all, but let’s just say you couldn’t pick out this crowd from any other major geek event. I’m a proud geek and I was proud to be with this group. 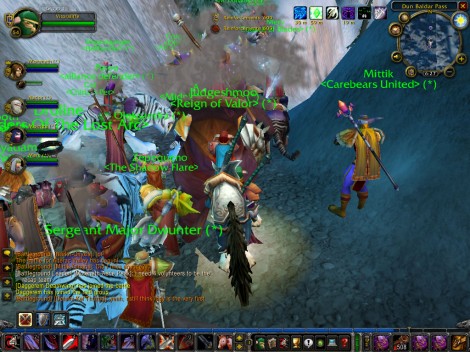 When I originally dove into WoW back in 2004, I had a group of 3-4 friends that jumped in with me. Last week when I jumped back in for the first time in 4 years, I was and have been completely solo. I’ve gotten a lot of good-natured flak from the Horrible Night crew who are worried I’ll get trapped in the game. I know better, but my love for WoW is hard to explain to those who have never given into it. So arriving a midnight amongst a group of strangers, and to hear them talking about all kinds of random WoW references made me instantly feel at home. It’s different than your other midnight releases like Call of Duty or Halo. Sure both groups are passionate about their games, but there’s a much more positive and less competitive douchebag vibe to a WoW gathering.

Massive but not intimidating 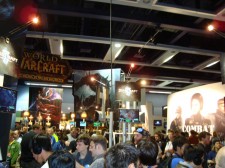 There’s a sense of belonging that the community generates that is really similar to what I experienced at PAX last year when gamers took over downtown Seattle for a weekend. That’s the drug people get addicted to, not the details of the game. (Most) People don’t play a game for 5+ years just to get some new sword. They play with their guild, their friends, and hell, even in some cases, their families get involved. Like any hobby, moderation is key, and the extreme stories end up defining the outside world’s perspective of the participants. Just like in the real world, the obsessives exist, and the douchebags exist. However, as someone who ran a very small tight-knit guild for a little over a year, making friends and accomplishing tasks together ended up being overwhelming positive experience on top of an already great game. It really is something you have to go through to understand and appreciate.

Ultimately, 18 months was enough for me. It was time to cut the chord. I made some great memories which stand out as some of the most vivid gaming moments in my gamer history. The main reason I quit was that I was missing out on playing other games, and I needed to reset how much time I was spending playing games before it got out of control. I saw where I was headed and had to put a stop to it. I had seen what I wanted to in WoW, and my sense of urgency to be the first to see it was completely gone. I knew I should walk away while I could because it would always be there. I knew I’d be back, and their be even more content to explore and new people to meet.

Can it be fun and casual? 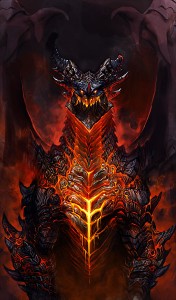 We may need some help

There are over 12 million subscribers to WoW. A number that is sure to climb much higher if Cataclysm accomplishes its goal of bringing back old subscribers who, like me, want to see what has been redesigned since they’ve been away. I’ve given myself 3 months to be as heavy into the game as my free time allows, but after that I hope to find the right group of gamers who want to keep it casual like me. I still want to play other games, but have the ability to quest in WoW with friends. In a game full of so many different kinds of people, it’s just a matter of time until you find the right group of gamers to laugh at you when you mess up and cause them all to die.

1 Comment → Gamer’s Journey: For The Horde! And Some Alliance