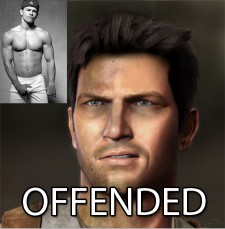 Heartbreak set in this week thanks to the rumored plot of the Uncharted movie, but Take-Two redeemed my faith that someone cares about quality in this business.  27 headlines distracted us and here’s the best from that list:

Microsoft working on TV subscription service for Xbox, PCs – Ars Technica
I can only imagine the Xbox Live fees, but still it can replace my cable fees

Is This Blizzard’s Release Schedule For The Next Four Years? – GameInformer
Don’t care if it’s a rumor and they always change their release dates. I just want to know what Titan is.

Xbox Live Rewards Gives You “Money” For Nothing [XBox360] – Kotaku
The page has been taken down, but nice to see that M$ is at least headed in the rewards direction.

You Can Forget About Wanting to See ‘Uncharted: The Movie’ – Evil Avatar
dude….wtf