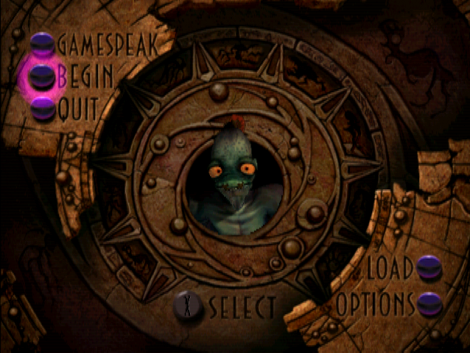 Did you miss me? Did you even know I existed?

Steam is set to release a new combo pack of game’s before the end of the year, a pack that will get quite a few cult hit fans excited. The Oddboxx (release date and price to be determined) will include Oddworld Abe’s Oddysee, Oddworld Abe’s Exoddus, Oddworld Munch’s Oddysee and Oddworld Stranger’s Wrath. While the first two titles have been available for a while in the Oddworld Pack (Steam 7.99), Munch’s Oddysee and Stranger’s Wrath (both last generation Xbox titles) will be available to PC gamers for the first time.

For those unfamiliar with the titles, the series revolves around a wildly imaginative alien world that features a ton of quirky characters and dark humor as well as extrmemly unique gameplay elements. Abe’s Oddysee and Abe’s Exoddus were side scrolling puzzle platformers that allowed players to possess enemies and communicate with NPCs in order to complete objectives. Munch’s Oddysee included the ability to switch between two characters with unique abilities and Stranger’s Wrath was an extremely creative FPS that utilized a system called “live ammo” where actual animals were used as the ammunition for your weaponry. All of the  titles took the idea of thinking outside the box to the next level and I hope that the resurgence of these games may reignite interest in this series.