I have been driving cars for years now, and I have a basic understanding of physics so I thought I was prepared for any potential chase or road rage situations. Now, I haven’t been in a high speed chase or a high speed wreck, so thankfully there are games out there to teach you exactly how to win, I mean, survive a threatening driving situation. These are the lessons of Need for Speed: Hot Pursuit.

The Lessons of Need for Speed: Hot Pursuit 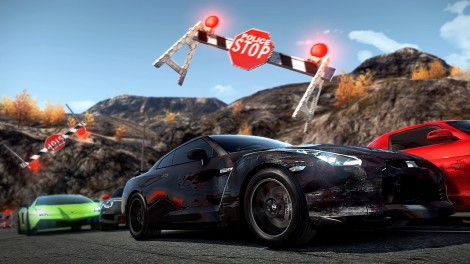 Not helping my need for speed

Car damage only hurts from behind

Have you ever wondered where the traffic law that states that the driver behind is always at fault came from? It is because when two cars moving in the same direction hit each other, only the car coming from behind can deal damage. If you try and sideswipe a car while you are slightly ahead of the other car, you are only going to end up hurting yourself. Ease up a bit and allow the car to get ahead of you before making contact. Not only are you invincible when creating the contact, but you can do some serious damage to the other car as well. This doesn’t work so well when you are approaching a car from the side or head-on, but if you really want to get someone out of your way let them think you’ve backed off and then slam them from behind. Thanks, Need for Speed: Hot Pursuit.

Cop cars are lame by choice

Two things annoy me about cop cars. First, the people who own Crown Vics and aren’t actually cops. Second, I think Crown Vics look stupid. Little did I know that police stations are filled to the brim with concept cop cars and modified cop models of every other car on the road. Yet, they never use them. I guess drivers around here just don’t justify being chased or pulled over with a little style. Car companies should support police stations because when that car chase happens on TV and that Corvette gets chased down by a Lamborghini people are going to know which car rules the road. The price of Lamborghini’s would drop and they can create a better car to chase down ours that we end up buying. Not only is it stylish, but it builds the economy. Thanks, Need for Speed: Hot Pursuit. 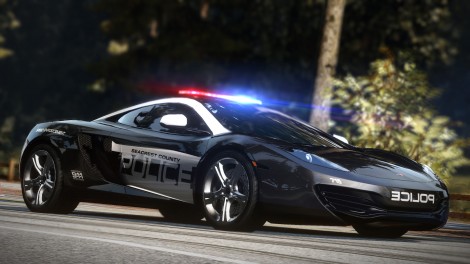 They usually keep this in the garage

I’ve never driven a car with nitrous. I had always assumed that the canister were filled up just like any other gas container. Once you use them up it should be empty. It just seemed like another unnecessary investment until I witnessed the proper way to fill them back up. This stuff must have only been available to stunt drivers and racers in the past, because the risks you take while driving fills up the tank automatically. I gotta say after driving hundreds of miles on the wrong side of the road in game, makes me feel like I can handle the real thing. Use more, risk more, get more. Thanks, Need for Speed: Hot Pursuit.

Eventually you are going to crash, and driving the right way, the Hot Pursuit way, requires that you take a few fast risks. I’ve seen devastating crashes all over town involving people driving similar to my old habits. It makes you drive cautiously, which seems to only encourage more dangerous wrecks. However, if you are obeying the other lessons and wreck, not only will your wreck look spectacular, but you will walk away from it every time. Worst thing that can happen is that you get caught after that barrel roll through the sky. But you will still be in one piece even if your car isn’t. Thanks, Need for Speed: Hot Pursuit. 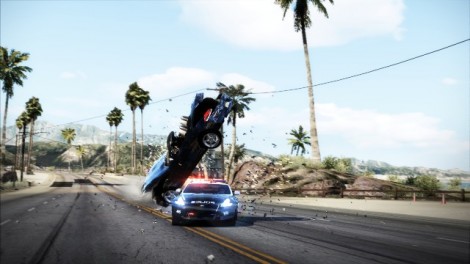 My days of being a cautious driver are over. The more crazy you drive the more invincible you are and the better and more stylish our police force becomes. So when you see me flying through the air in my new Lamborghini, don’t be afraid to try and keep up. Thanks, video games.